Cavity wall construction is the most common method used in building homes in Ireland. Traditional cavity walls can be elevated to deliver far superior comfort levels in your home simply by replacing standard dense concrete blocks with Aircrete Thermal Blocks in the inner leaf of the cavity, which is called Aircrete Inner Leaf.

So, most heat can be lost through the walls of a home, and if the thermal performance of a wall is improved it will have a significant impact in reducing heat lost from a home. 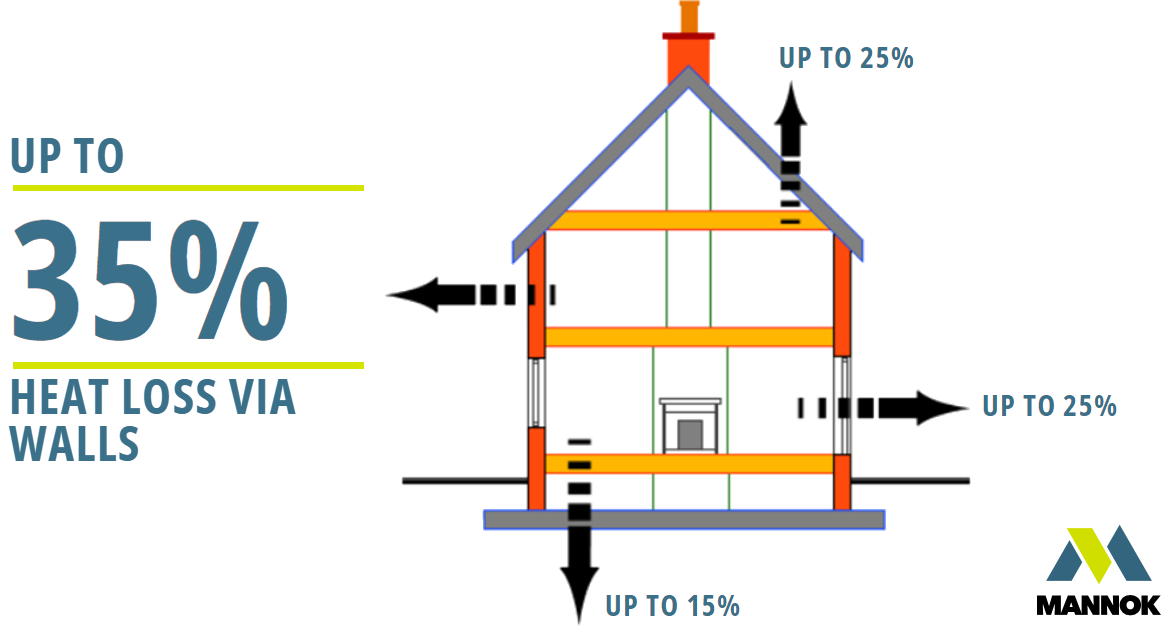 Building the entire inner leaf of a traditional cavity wall with Aircrete Thermal Blocks will improve the thermal performance of the walls.

Why Mannok Aircrete Blocks are Best for the Inner leaf

Mannok Aircrete Thermal blocks are Ireland’s best block for combined thermal, structural and fire performance. It is the air pockets in the block that provide it with its lightweight, high insulating and compressive strength properties.

The Aircrete Thermal Blocks are autoclaved aerated concrete blocks, they have a unique microcellular structure filled with millions of tiny air pockets. The air pockets are formed during their production when a chemical reaction takes place between the aluminium and lime in the mix, and this chemical reaction produces hydrogen gas which fills the mix with tiny pockets of air. 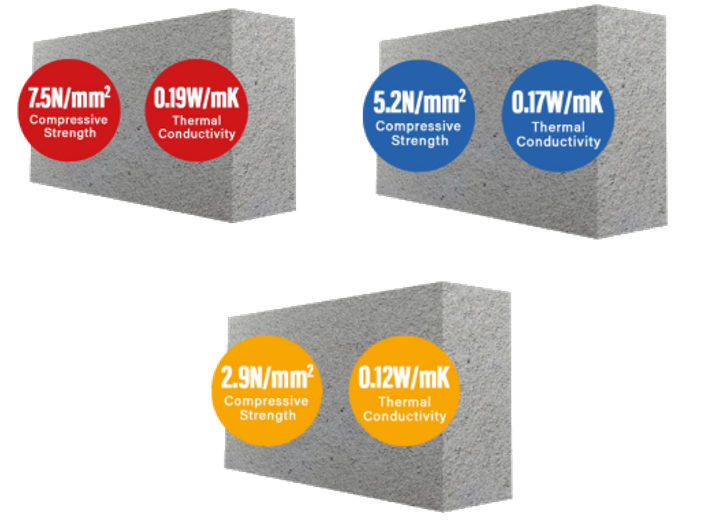 Think of all the junctions in a building – where floors and walls meet, roofs and walls, around all the windows and doors – they are cold bridges – the areas where there are breaks in the insulation fabric which are open pathways for heat to escape. This heat loss can account for up to 35% of the building’s total heat loss, so it’s important to address it correctly. Mannok Aircrete blocks are widely regarded as the best solution to combat this heat loss, achieving up to 80% reduction in heat loss at these key junctions.

The most common thermal bridge that our Technical Team comes across daily is, floor to wall junctions. As you can see in fig.1 the wall insulation and the floor insulation don’t meet, they are separated by the inner leaf of the cavity wall which is built with standard dense concrete block. This separation is where the thermal bridge occurs as there is a break or gap in the insulation envelop of the building.

Another common junction where thermal bridging occurs, is the ceiling to wall junction. In this junction, the attic insulation and wall insulation are separated by the inner leaf of the traditional cavity wall construction built with dense concrete blocks. As a result, there is a significant thermal bridge, but by substituting two dense concrete blocks with two Mannok Aircrete Thermal blocks, which is illustrated in Fig.3, it improves the performance of the junction.

All thermal bridges are addressed by default, when the inner leaf is built with Aircrete Thermal Blocks, which reduces the heat lost through thermal bridges by up to 80%.

By introducing a more thermally efficient Mannok Aircrete Thermal block, which insulates 10 times better than standard dense concrete blocks, the U-Value of a wall will be improved and more heat will be retained at the junctions of a home.

Because the junctions are better insulated, other insulation products elsewhere can potentially be reduced which can result in cost savings.

No Mixing and Matching of Blocks

A certain amount of thermal mass in walls is particularly important to capture and store energy from south facing glazing, which reduces the risk of overheating during the day and keeps the home warm for longer at night, as the stored heat is released back into the room as it cools. Aircrete Inner Leaf has an optimal thermal mass and this is one of the main reasons it should be considered over other lighter forms of construction such as timber frame or light steel frame.

Zero Risk of Condensation and Mould

As Aircrete Inner Leaf addresses all thermal bridges by default and reduces heat loss through thermal bridges, which increases the surface temperature at the junctions of a home, the risk of water droplets condensing on the cold surface of the wall and forming mildew is eliminated. Not only is mildew very unsightly but more importantly, it’s very unhealthy and a home built with an Aircrete Inner Leaf is more comfortable and healthier.

Mannok Aircrete Thermal Blocks have an optimum thermal mass, much better than other lightweight forms of construction such as timber frame or light steel frame.

Mannok Aircrete blocks are manufactured from up to 80% recycled materials, they have an A+ Green Guide rating and they are one of the first construction products to have an Environmental Product Declaration published by the Irish Green Building Council. Additionally, Aircrete’s superior performance means they will help to achieve a more energy efficient home, with passive house or nZEB standards much easier to achieve.

If you’re interested in building a cavity wall construction with Aircrete Inner Leaf or have a project you’d like the technical team to look at, get in touch: