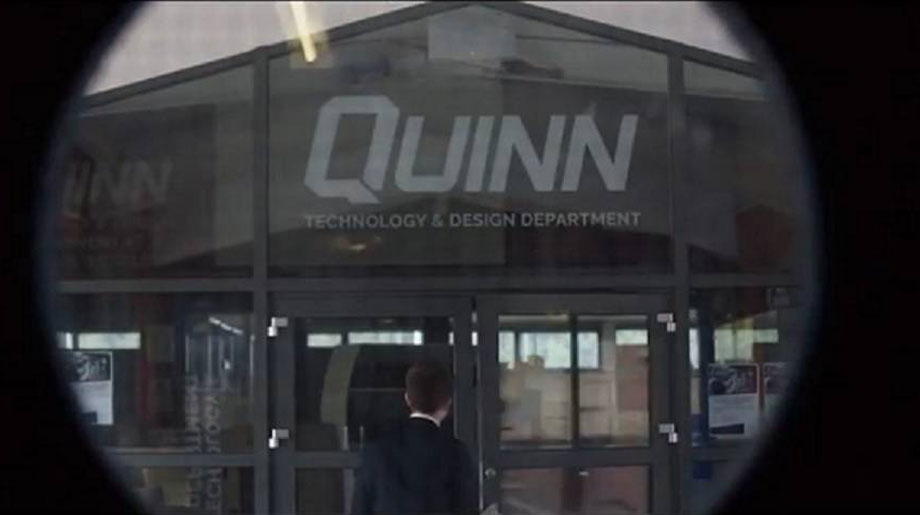 “I am extremely impressed with the type and scale of this partnership,” said then Minister for Education, Mr. Peter Weir, as he opened the Quinn Centre of Excellence in St. Michael’s College back in 2016. The event marked the launch of an educational partnership between Quinn and St. Michael’s which has since has been recognised as one of the best examples of a business – education partnership in Ireland, helping Quinn to achieve awards and recognition from the Irish News Workplace and Employment Awards and Business in the Community’s Responsible Business Awards.

The five-year agreement was established with the aim of tackling the issue of “brain drain” from the local area where Quinn operates, thus helping to achieve a sustainable, highly-skilled workforce for the employer, and retain local talent in the area.

Two years after its launch, the partnership has been praised as unique in the depth of involvement from both sides, and the level of commitment both in terms of resources and finances to benefit the two parties, and most importantly, the students of the school.

Speaking of the importance of such partnerships to Quinn, Kevin Lunney, Chief Operations Officer, explained that it is critical for the business to have strong relationships with the local Colleges in order to create a sustainable business in the border location where the company operates. He went on to say,

The benefits that flow are significant. Obviously, there are costs and there is investment in time and money required to do this, but as the economy grows, and as our business grows and continues to become a more important national and international player, we think it’s important to have those relationships cast as wide and in place as strongly as possible.”

The COO also spoke of the community benefit of the scheme, highlighting how the company’s initiatives bring the worlds of education and business in the area closer together, and with that creates deeper involvement for the company and its employees with the community as a whole.

St. Michael’s College have seen significant benefits since the partnership began, with the school’s Technology and Design Department in particular gaining from the programme’s capital investment, which has enabled the purchase of state of the art equipment, and the introduction of advanced industry software.

The school’s Principal, Mark Henry, highlighted that the value the school has gained has not been limited to STEM related subjects, saying,

“What staff and students here probably weren’t aware of is the range of really high-end career opportunities that exist in Quinn. Quinn’s influence has reached much further than the Technology and Design Department. In fact, it’s stretched into science, maths, business, and a whole range of other areas.

Sean Carlin, Head of Careers in St. Michael’s described the partnership as “transformational” to the students and the curriculum, and emphasised how beneficial the paid work placements available to students have been in terms of the upskilling of the local workforce for the future.

“This is definitely one of the best partnerships that we’ve seen, and we’re really excited about how it’s going to continue to grow and evolve over time. It’s the dedication on both sides that really stands out whenever you compare it with others in this industry. Most impressive, they’re trying to make changes in the curriculum which is really, really important.

I know that Quinn are constantly in touch with the school, every week and sometimes several times a week, and that’s not something that’s normal I would say, it’s something that’s excellent and we would want to endorse.

Definitely, if there were others in the industry, or even in other industries that wanted an example of what a best practice partnership should look like, then I’d be suggesting they look at Quinn and St. Michael’s.”