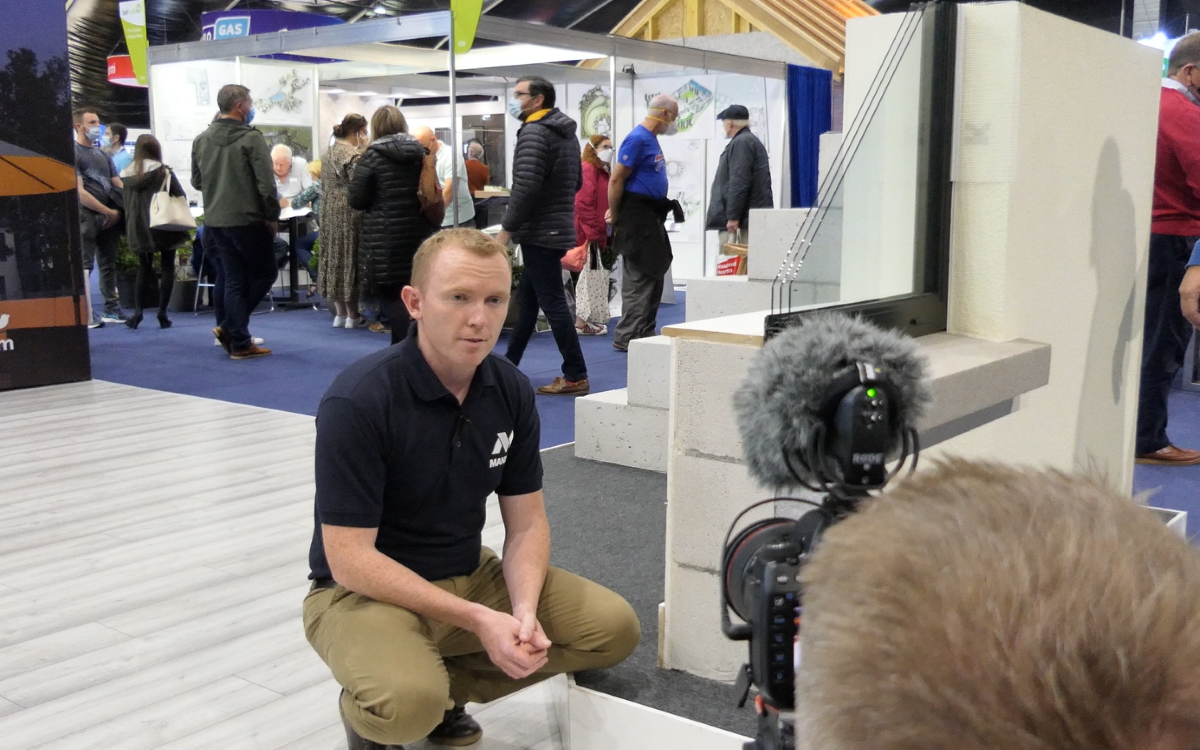 HOW TO BUILD WITH MANNOK AIRCRETE THERMAL BLOCKS

At Self Build Live Belfast, an exhibition show for self-builders to explore the range of methods and products to build a home for life, the organisers held a Q&A session with Mannok’s Technical and Product Specification Manager, Jason Martin. During the session, Jason talked through the benefits of Aircrete Thermal Blocks and two methods of building with the blocks for superior thermal, structural and fire performance.

The two construction methods shown on the Self Build with Mannok stand were Aircrete Inner Leaf, which uses Aircrete Thermal Blocks to build the inner leaf of a cavity wall, and SIMS by Mannok, a Super Insulated Masonry Solution (SIMS) utilising Aircrete blocks in single leaf construction with an external insulation system.

Starting at the Aircrete Inner Leaf model, Jason highlighted the key benefits of building the inner leaf of the cavity wall with Aircrete Thermal Blocks.

One of the main benefits of this type of construction is that thermal bridging is addressed, by default. Through substituting dense concrete blocks with Mannok Aircrete Thermal Blocks in the inner leaf, there is continuity of insulation across all the junctions in a home and heat loss at junctions is reduced by up to 80%. To help paint the picture for self-builders and explain how crucial thermal bridging is, Jason revealed, “there could be up to nine such junctions in a typical self-build where there is more heat loss if the thermal performance of the junction is not improved by Mannok Aircrete Thermal Blocks.”

Another benefit is that the surface temperature inside the home increases due to the excellent thermal properties of the block, and with insulated thermal bridges and increased surface temperatures combined, the risk of unsightly and unhealthy mould and condensation on walls is eliminated. And let’s face it, no new build should have any risk of mould or condensation! 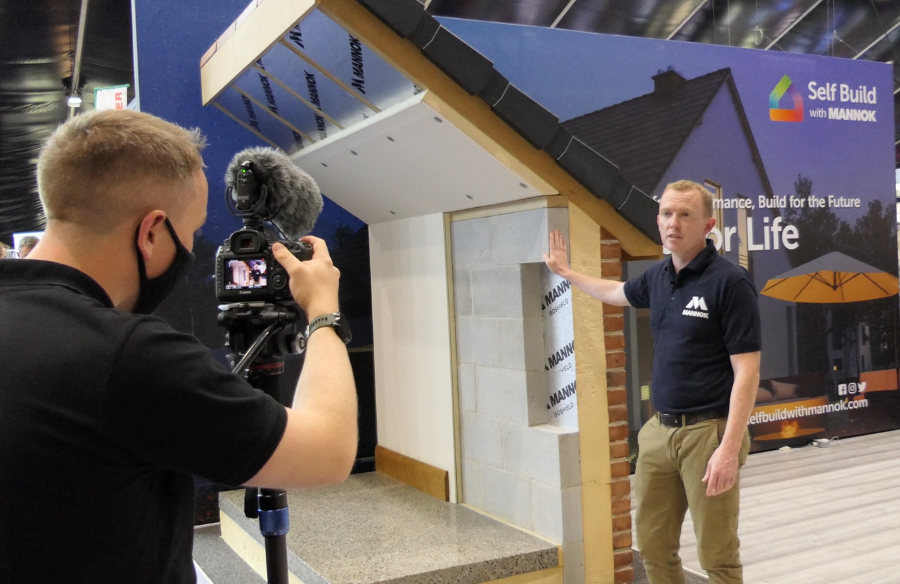 Jason also explained that fire resistance can be further increased when using SIMS by Mannok, which has 4hrs of fire resistance. Discussing this contemporary method of construction in more depth, Jason went on to say, “rather than cavity wall construction, this super insulated masonry solution is built with a single leaf, 215mm wide Aircrete Thermal Block and the single leaf is fitted with an external insulation system on the outside.”

This method of construction is one of the best ways to insulate a building as essentially, the building is wrapped in high performance insulation, which overcomes all thermal bridges, and there is a waterproof render fixed to the external insulation which replaces the outer leaf of cavity wall construction.

As SIMS utilises single leaf construction, one of its key benefits is the speed of the build. As only half the number of blocks are used in SIMS construction compared to traditional cavity wall construction, block layers will be able to build the wall construction much quicker. Jason went on to highlight how this impacts the speed of the whole build, explaining that once the single leaf of Aircrete is built, the roof, windows and doors can be fitted and while the external insulation is being fixed, the internal work on the building can be completed simultaneously.

SIMS by Mannok also provides flexibility of external insulation width as the thickness of insulation on the outside of the wall can be adjusted to suit the U-value self-builders want to achieve, which helps them attain nZEB and Passive House standards easily.

In conclusion, Jason summarised the main benefits of Aircrete for self-builders as, “excellent structural, thermal and fire performance are the key benefits of the Mannok Aircrete Thermal Blocks!” 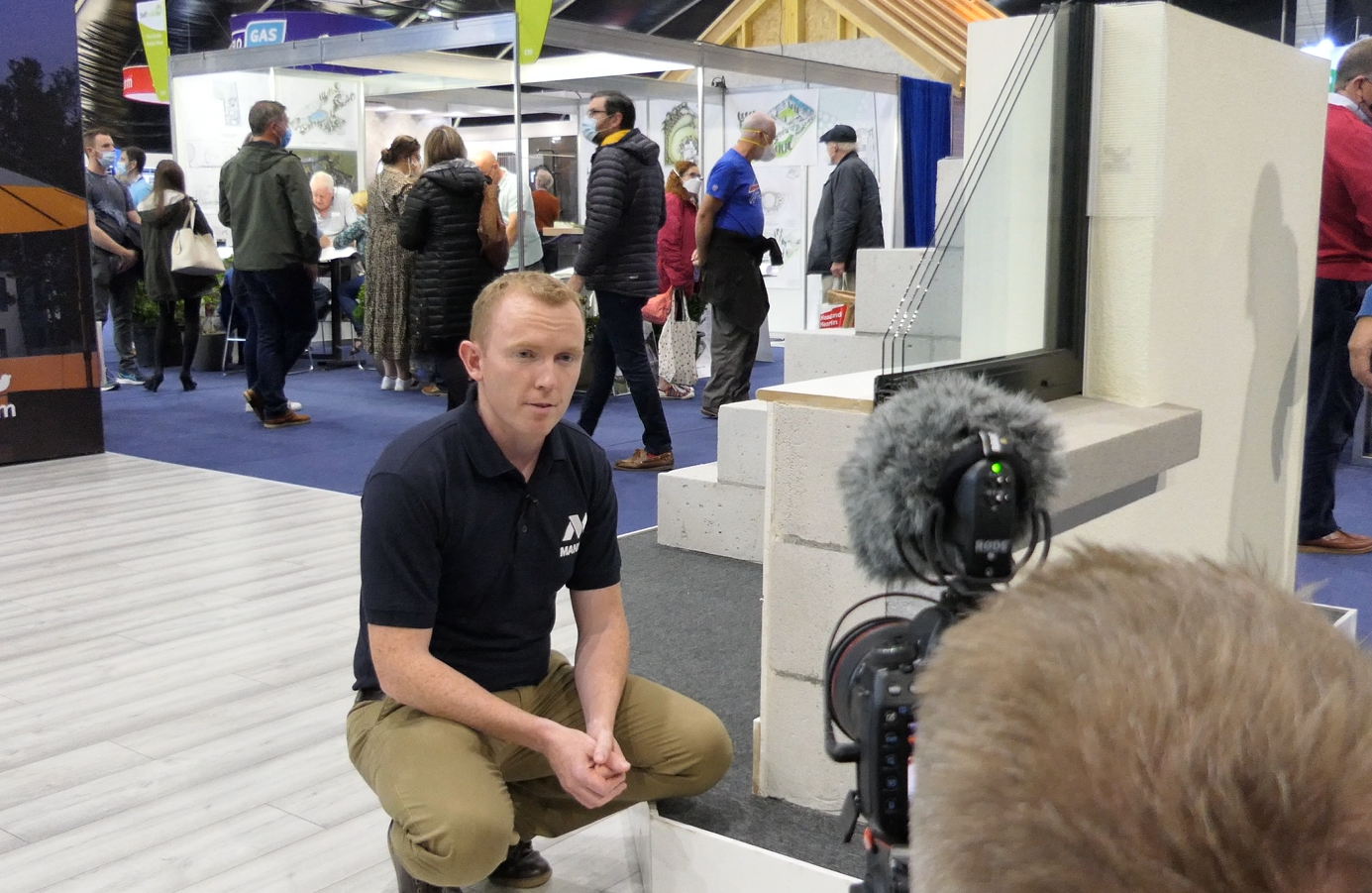