Welcome to Ireland’s first “Kestrel Cam”, live feed from inside the nest of a pair of common kestrels situated in one of Mannok’s quarries. For the second year running, cameras have been placed in partnership with Netwatch to allow the study of the birds and improve our understanding of their behaviours so we can continue to protect the species. We are sharing the camera feed publicly to help raise awareness of and interest in the common kestrel, whose population is on the decline on the island of Ireland and is now a red-listed species, meaning it is at risk of extinction in Ireland. Mannok’s drive to protect and enhance biodiversity on our land and across our local region is an important part of our wider sustainability commitment and we work closely with relevant educational institutions and wildlife and biodiversity groups to ensure we can help our local ecosystem thrive.

Mannok’s Environmental Team have observed a pair of common kestrels nesting in the quarry in recent years, returning in early spring each year and choosing the same nook in the quarry face to nest for the season. The site is a fully operational quarry, so we have taken great care to ensure there is no disturbance to the nesting birds by maintaining a safe distance and protecting the area around the nest. The returning birds have not been deterred in any way by the nearby activities of the working quarry, successfully breeding each year.

To enable the study of the birds, great care was taken by our Environmental Team, working in partnership with Netwatch, to install non-intrusive cameras (under licence from NPWS) in the nesting site over the winter months when the birds had vacated the nest. The two kestrels were first seen back at the site in February and were not put off by the presence of the discrete cameras. With the pair now settled in the same site, we hope to capture and share the experience throughout the nesting season. 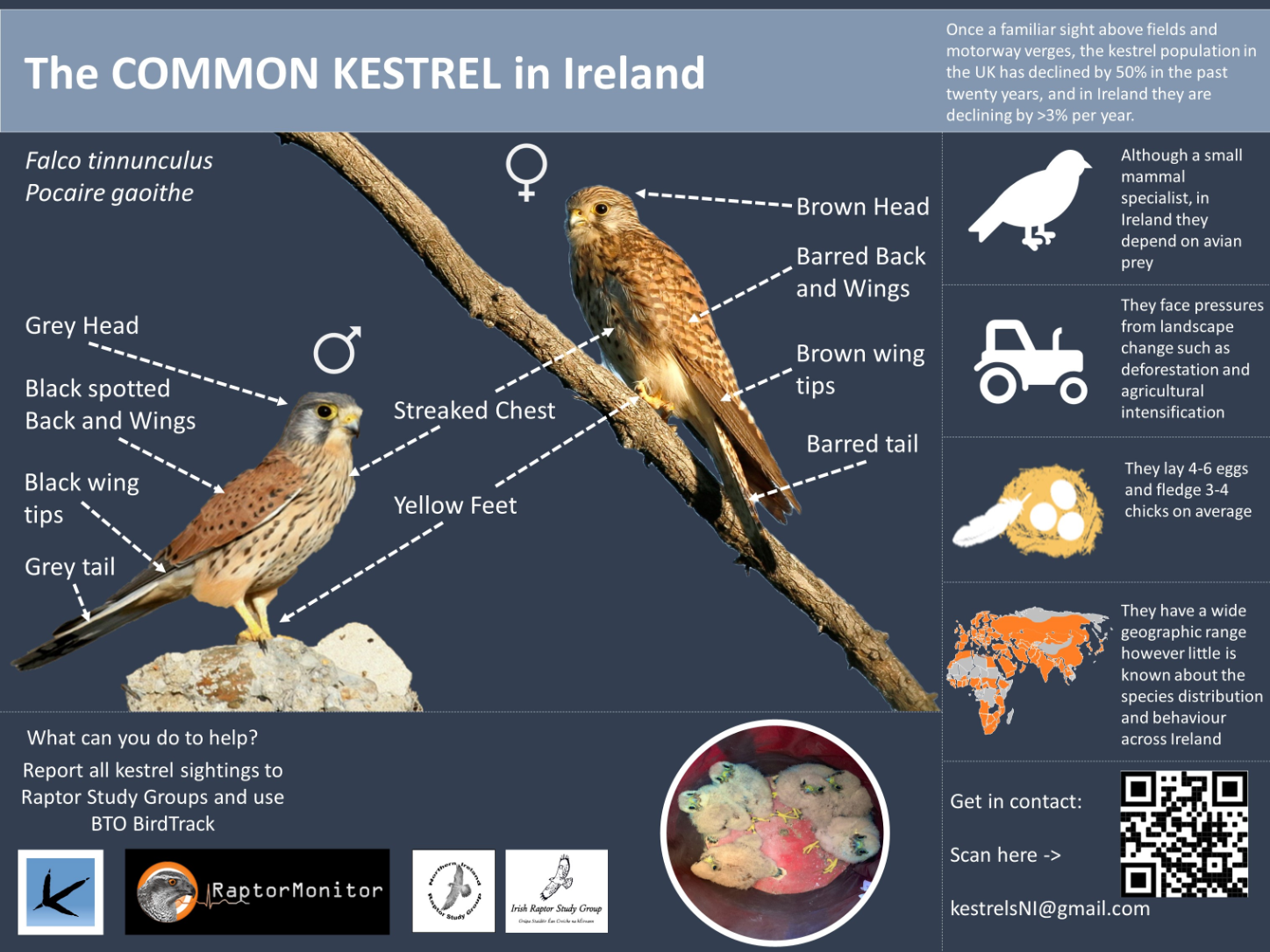