Mannok’s winning streak, on Thursday 29th September, started at the Lean Business Ireland Awards as the company won the Off to the Best Start category, following the launch of its Operational Excellence strategy earlier this year. The company’s success continued, on the other side of the Irish Sea, as Mannok was honoured as Supplier of the Year for the independent merchant’s industry at the inaugural IBC Buying Group Gala Ball and Awards held in Northamptonshire. Finally, to top off an already successful evening, Mannok was announced as one of Ireland’s Best Managed Companies due to its superior business performance.

Mannok was named one of Ireland’s Best Managed Companies for the second year running at this year’s Ireland’s Best Managed Companies Awards. The awards programme, led by Deloitte in association with Bank of Ireland, promotes and recognises excellence in Irish/Northern Irish owned and managed companies, and it is the only awards scheme on the island of Ireland that considers a business’ performance from every perspective. Entrants to the programme compete for the designation in a rigorous process that evaluates the calibre of their management abilities and practices in addition to the strategy, capability, innovation, culture and financial performance of their companies. 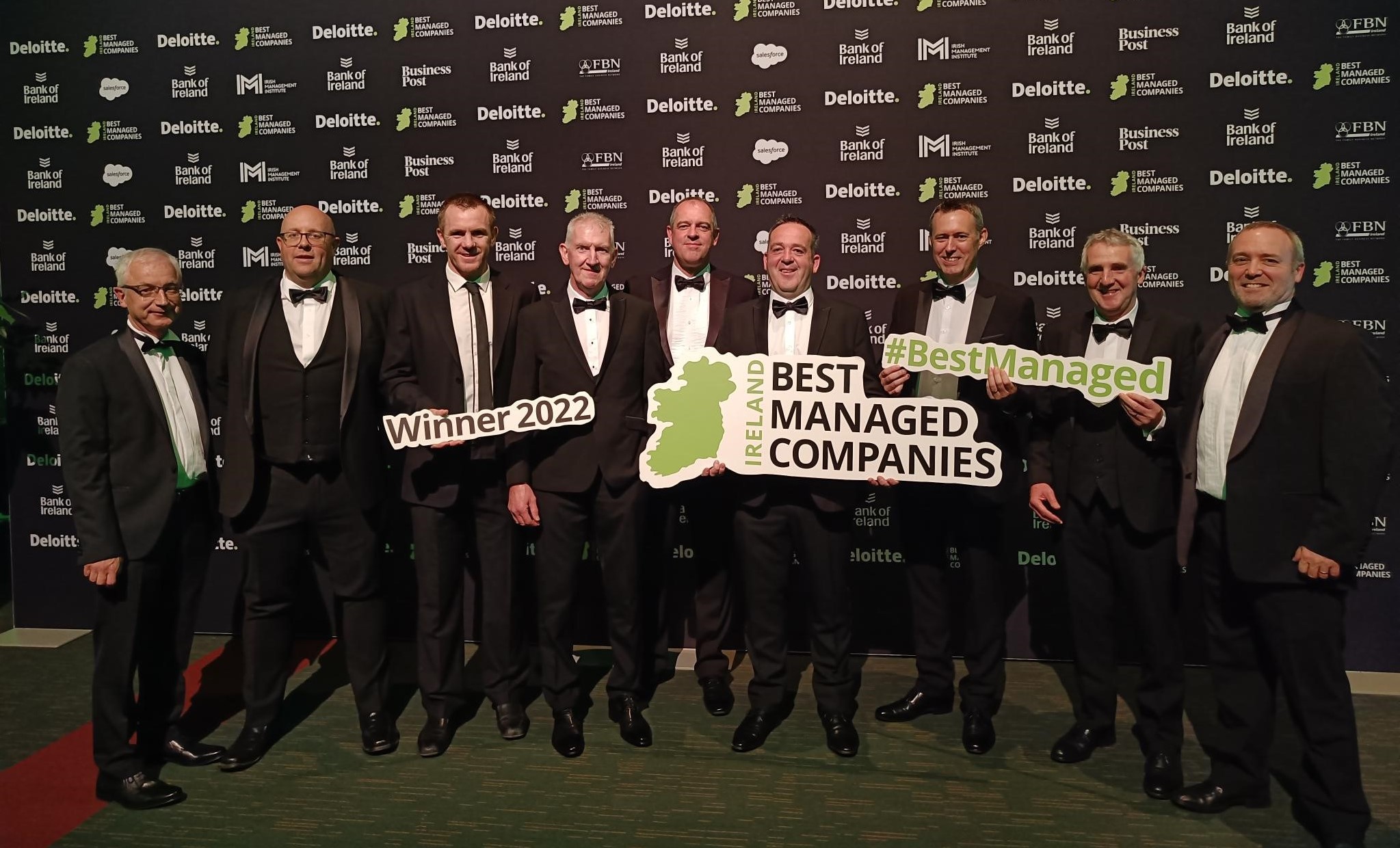 “We are very proud to be recognised as one of Ireland’s Best Managed Companies for the second year running, particularly given the unprecedented challenges of energy price hikes and cost inflation in the last year. Our resilience to such challenges and our continued business performance is down to our team of over 800 employees, whom we are extremely grateful to for all their commitment, hard work and innovative spirit.

We have progressed from a phase of business stabilisation and re-positioning of our brand to now focusing on the long-term sustainability of the organisation and the fulfilment of our purpose, mission, vision and values.

This year, we launched our ambitious sustainability and Operational Excellence strategies, scaled up our educational partnerships, invested in state-of-the-art manufacturing technology and made significant progress in our pioneering decarbonisation programme.

It is this commitment to growing a sustainable business that has helped us achieve this recognition along with other top performing companies in Ireland.”

At the 14th annual awards programme, nine new businesses were awarded Ireland’s Best Managed Companies accolade and Deloitte recognised 136 indigenous companies, representing 25 of the 32 counties across the island of Ireland.

“Year-on-year we’re impressed by the businesses that qualify and requalify for our Best Managed Companies Awards and in another uncertain year, the entries continued to raise the bar. Despite the challenges these businesses faced, the management teams of the winning companies have embraced new opportunities for innovation and growth, offering best-in-class products and services to their customers and retaining their competitive advantage in a world that is ever-changing.”

Mannok won the Off to the Best Start category at the annual Lean Business Ireland Awards 2022, an awards programme, supported by Enterprise Ireland and IDA Ireland, to recognise and celebrate organisations demonstrating effective implementation of Lean thinking and practice in their journey towards operational and enterprise excellence.

As the company with the most progress made towards organisational efficiency, Mannok was awarded Off to the Best Start. Mannok has been working towards operational efficiency following the launch of the Mannok Leading Excellence Programme, its Operational Excellence strategy, earlier this year. The Leading Excellence Programme is a transferable framework based on four core pillars of Lean, Sustainability, Skills and Development and Continuous Improvement and it will help the company achieve best in class standards across its entire operations. 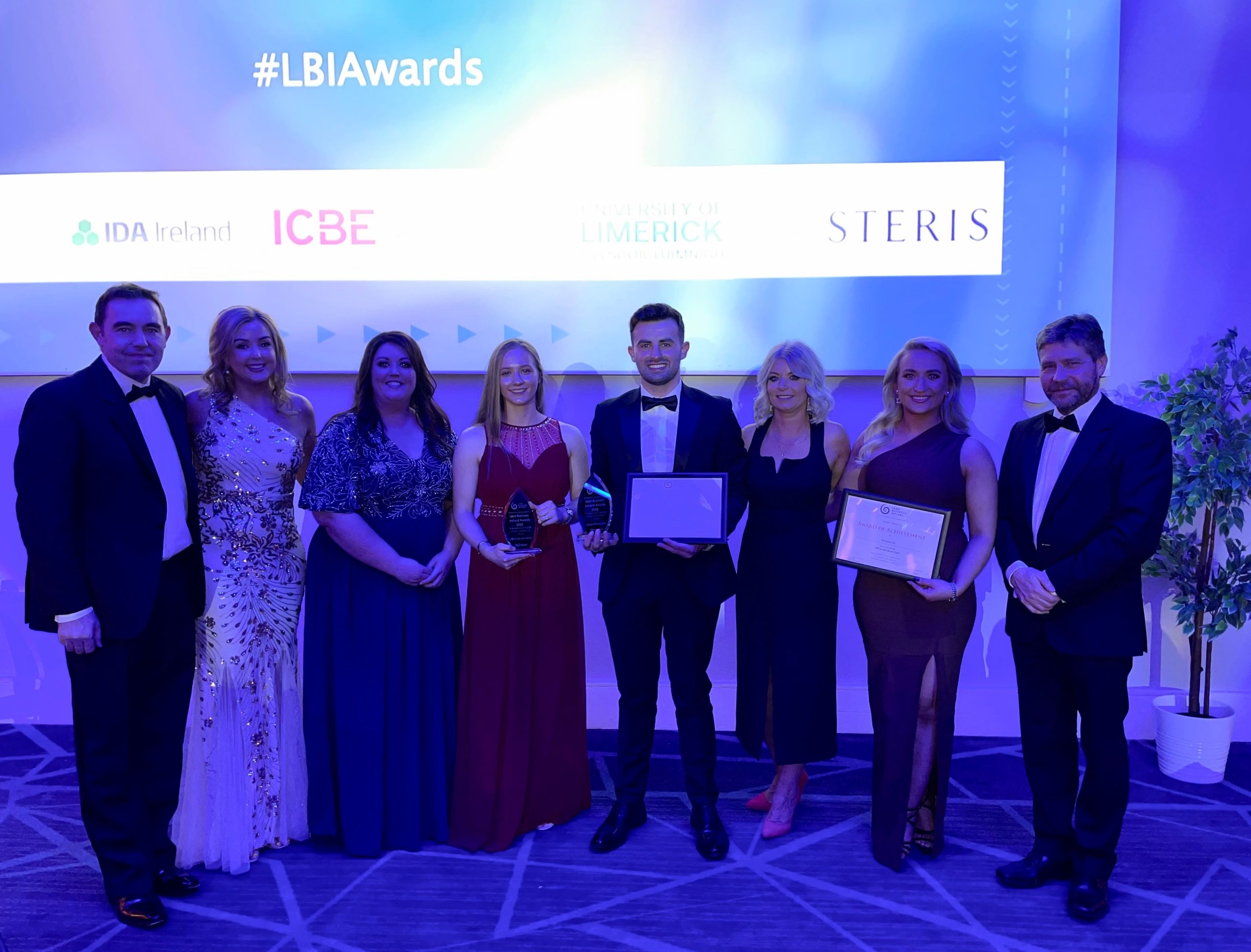 Operational Excellence Manager, Conor Baxter, who designed the strategy and is leading its embedment in every area of the business, commented on the recognition saying,

“We are very proud to receive this award following the launch of our Operational Excellence strategy and its implementation throughout our facilities. We currently have eight areas of the business in the planning phase, two in implementation and two in continuous improvement. We have already made significant improvements to business efficiency, and we are on track to achieving Best in Class operational standards by 2027.

I would like to thank everyone in our Operational Excellence Team as they have all played an important role in ensuring the implementation of our programme got off to the best start. I would also like to extend my gratitude to the wider Mannok team, who have all been very receptive to the new programme and have been effectively adopting it through the core principles of teamwork, problem-solving, innovation and leadership.

Myself and my team look forward to continuing our work to embed an Operational Excellence culture and ensure our Leading Excellence Programme becomes a way of life here at Mannok, for the long-term benefit of the business, our customers and our people.” 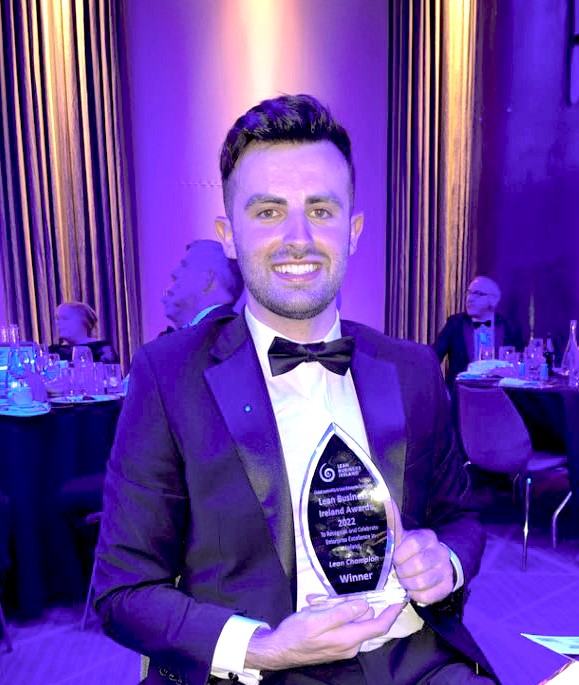 As the Lean Business Ireland Awards event continued, it was not long before Conor was back on stage at Croke Park to collect another award. Conor was crowned Lean Champion of the year for his critical role in Mannok’s journey to sustain a Lean and continuous improvement culture as well as his extraordinary interest in the adoption, implementation, and success of the organisation’s Operational Excellence strategy.

“We are delighted Conor received this recognition as he has shown so much drive, passion and determination not only in the creation of our Leading Excellence Programme, but also through its application across our facilities. Conor has moved our whole thinking in relation to Lean to a completely different level. Efficiencies have improved significantly in every area of our business that he has started to look at, but it’s not just about efficiency. We can see it in the people; in the operators who come across as being more empowered in their work. And it’s not something we would have put emphasis on before because we didn’t understand the power of engagement, but he’s brought that to bear, and I can see that multiplying exponentially now as the Programme gains traction. The way that Conor and his team have gone about it has been transformative and really has opened our eyes to the positive aspects of proper engagement and adoption of the principles outlined within the Programme.”

Mannok’s third award on Thursday 29th September, Supplier of the Year, was announced at the inaugural IBC Buying Group Gala Ball and Awards, held in the prestigious Silverstone Race Circuit in Northamptonshire. The awards celebrated the most innovative and successful partnerships between IBC members and suppliers over the past year.

The manufacturer of diverse, high quality building products, Mannok, has been working with the UK’s leading buying group for independent builders’ merchants, IBC, for a number of years with the company’s National Key Account Manager, Ryan Tabb, being the key point of contact for the group’s members.

At the buying group’s Gala Ball and Awards, Mannok was awarded Supplier of the Year for its innovation, effective communication and customer service with both IBC members and the IBC team. 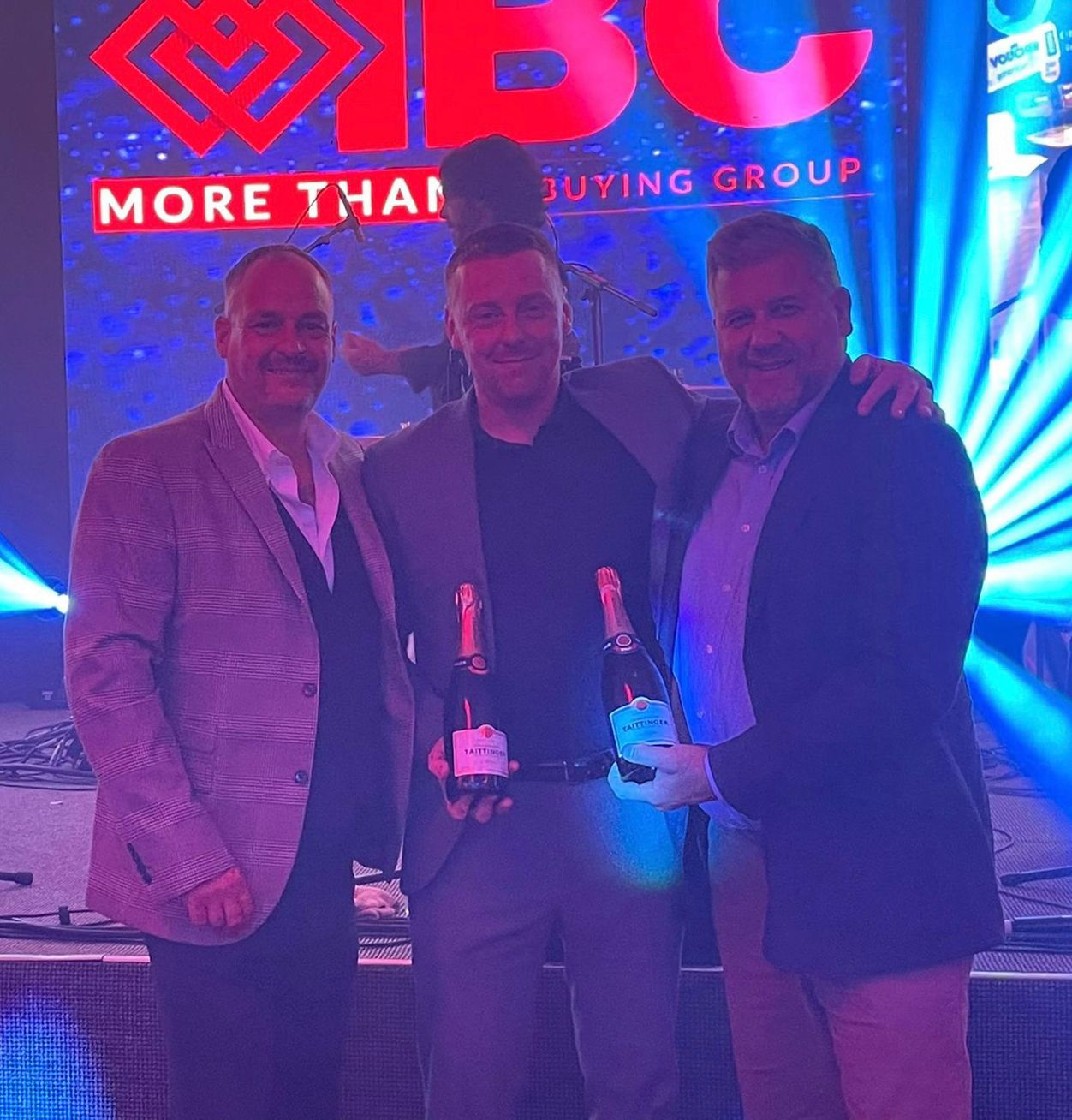 “We are very honoured to receive this award which is a testament to our innovation, leadership and transparency to build long-lasting supportive trading relationships with independent merchants.

In challenging times, Mannok’s Key Account Manager, Sales and Dispatch teams have worked very closely with IBC and its members to mitigate risk and ensure transparency through strong forward planning, collaboration and open communications, informing members of any supply challenges or price changes, and keeping them updated throughout.

I would like to congratulate everyone in the Mannok team and our Key Account Manager, Ryan Tabb, for their excellent service, being flexible in their approach, supporting IBC and its members in every way possible and helping us have such a strong reputation in the builders’ merchant industry.” 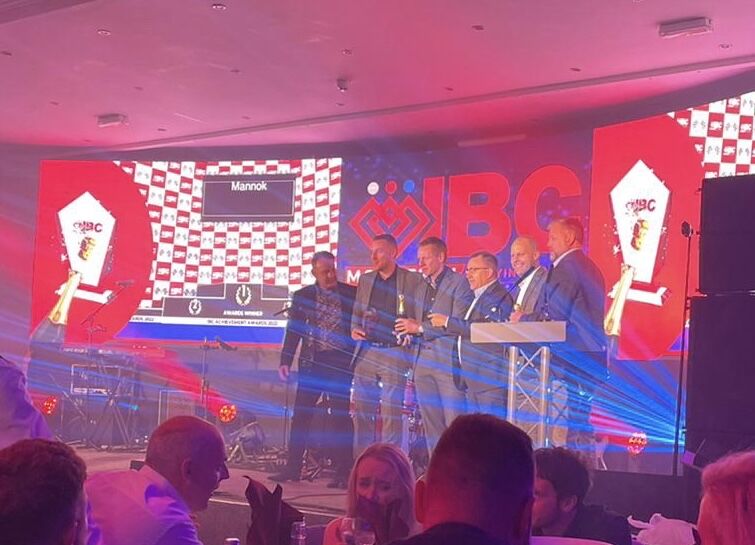 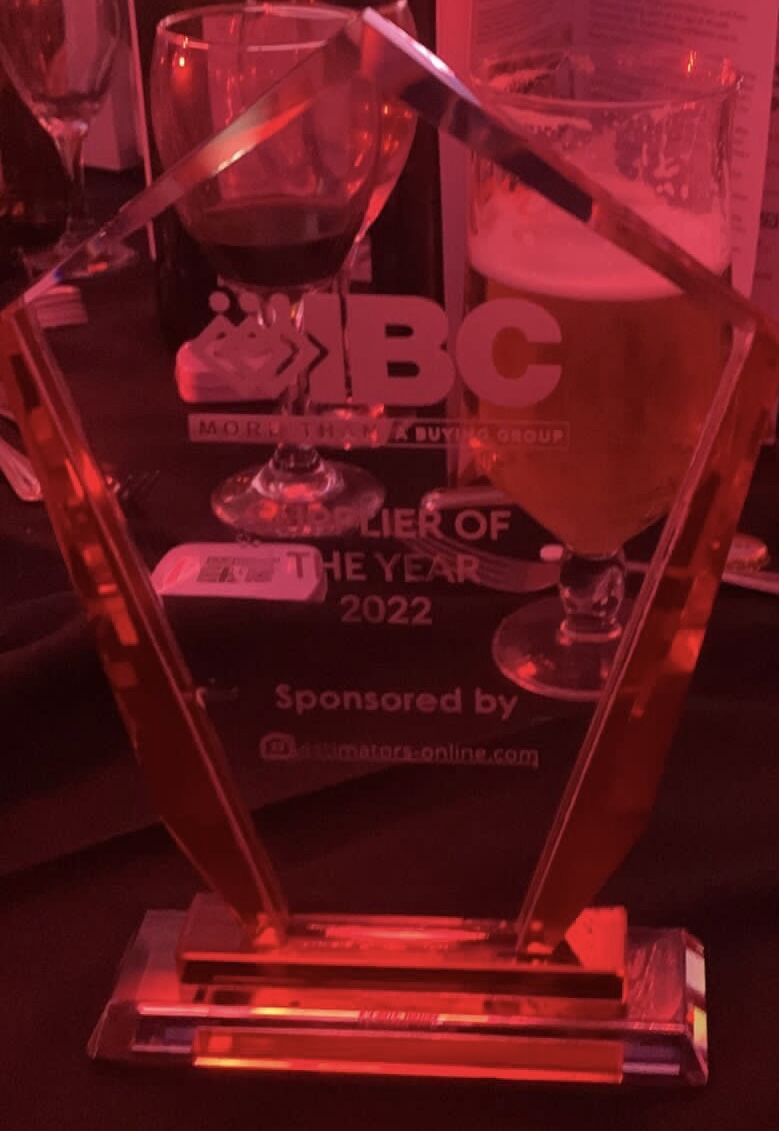 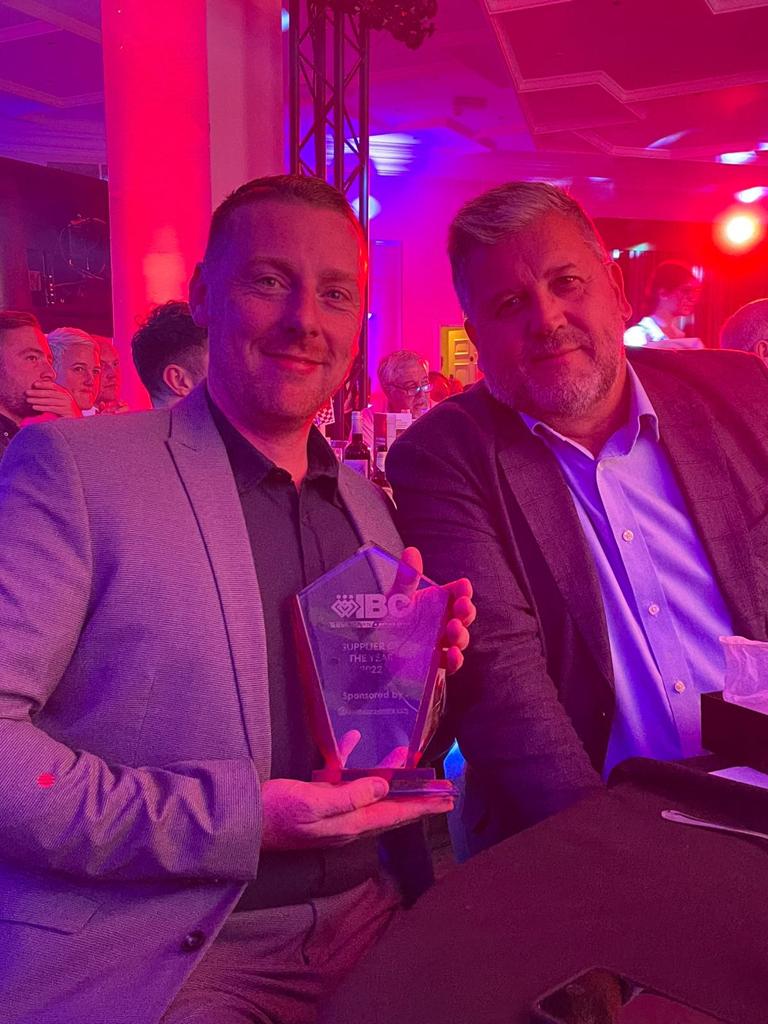 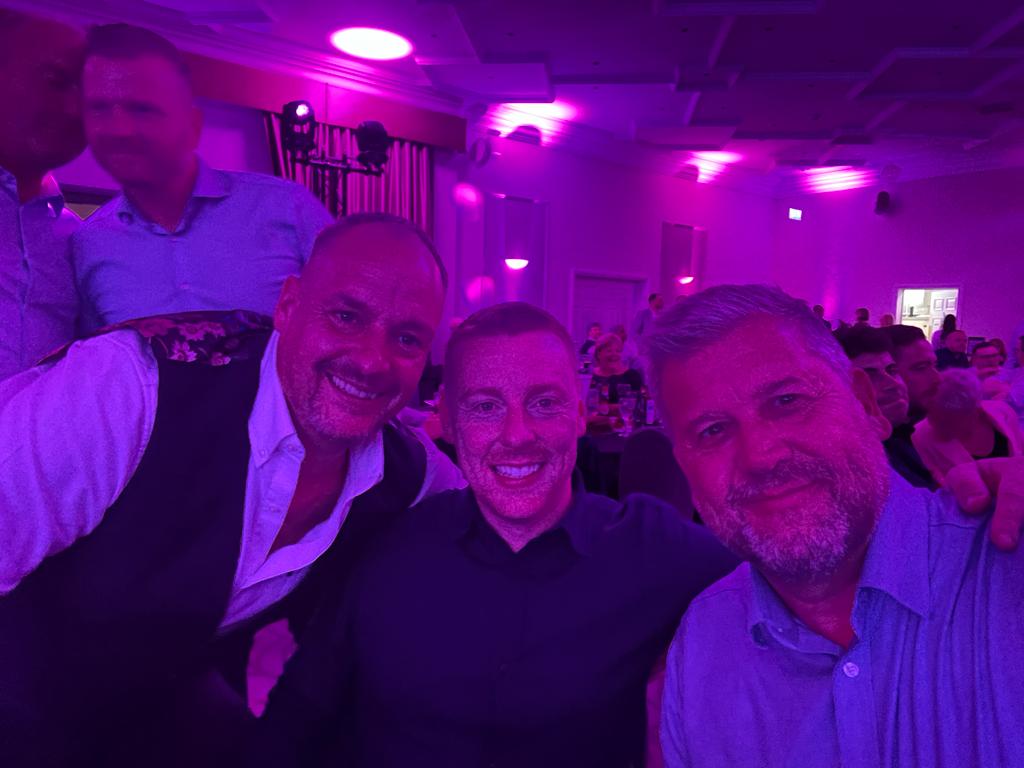 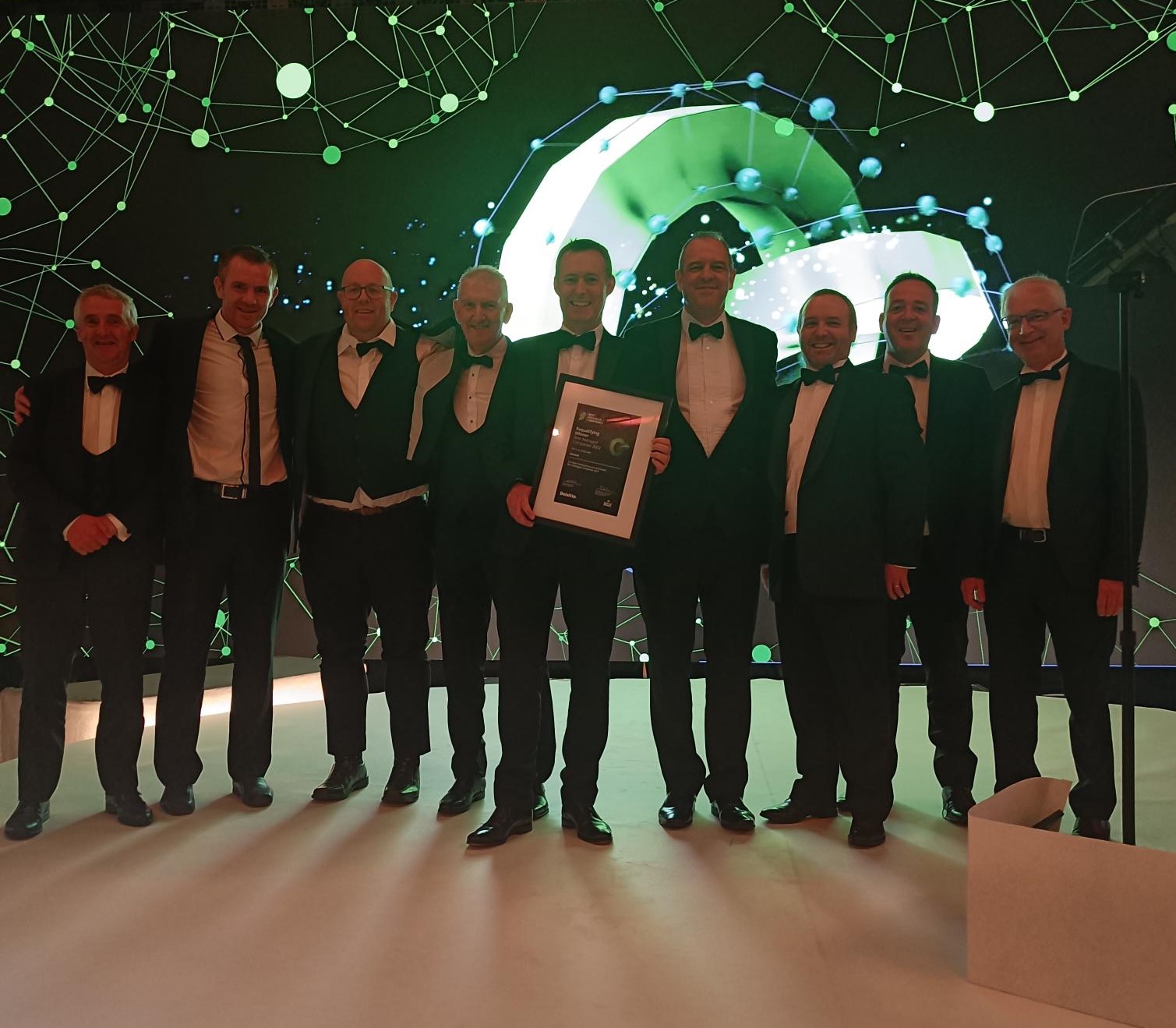 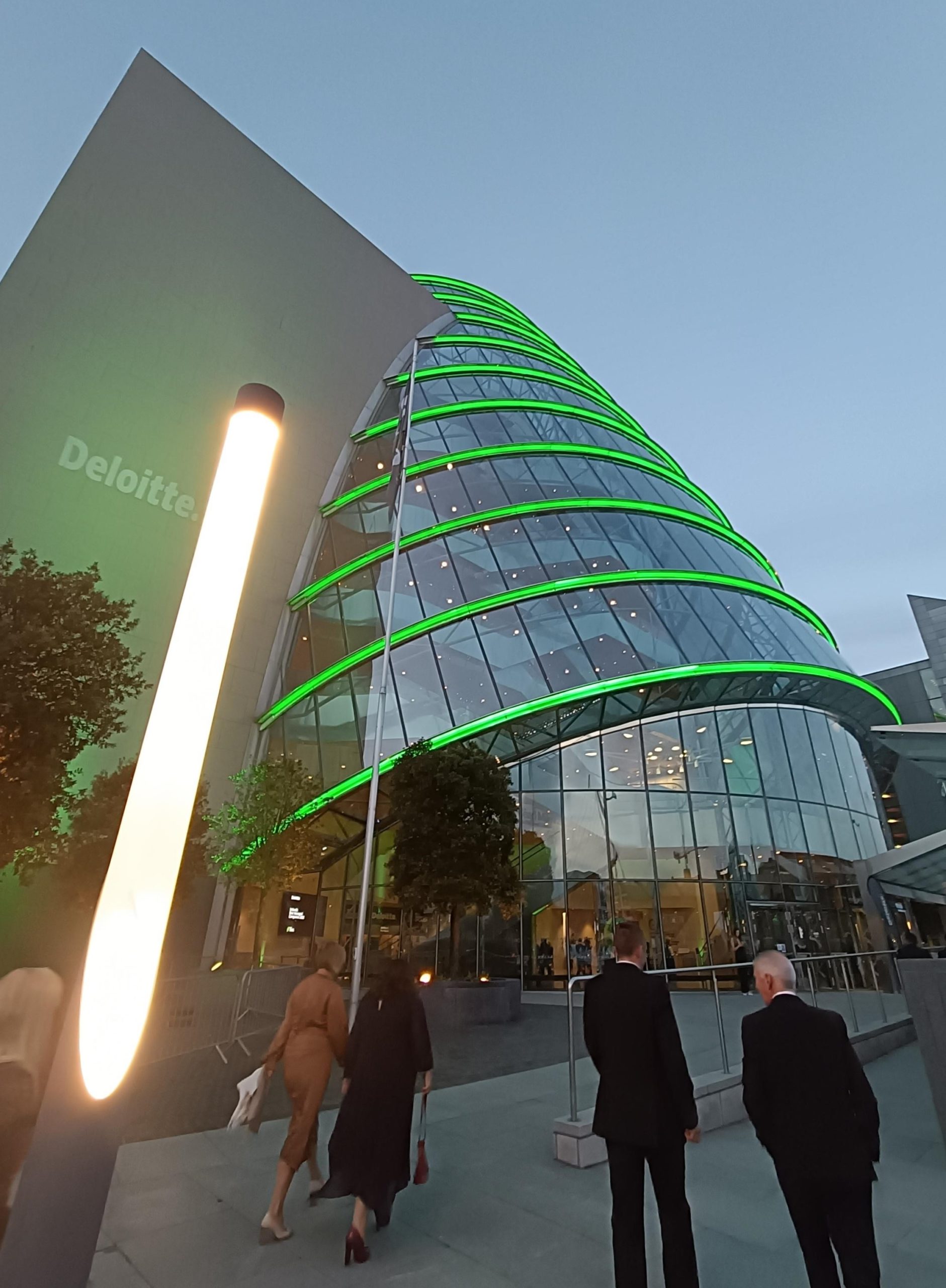 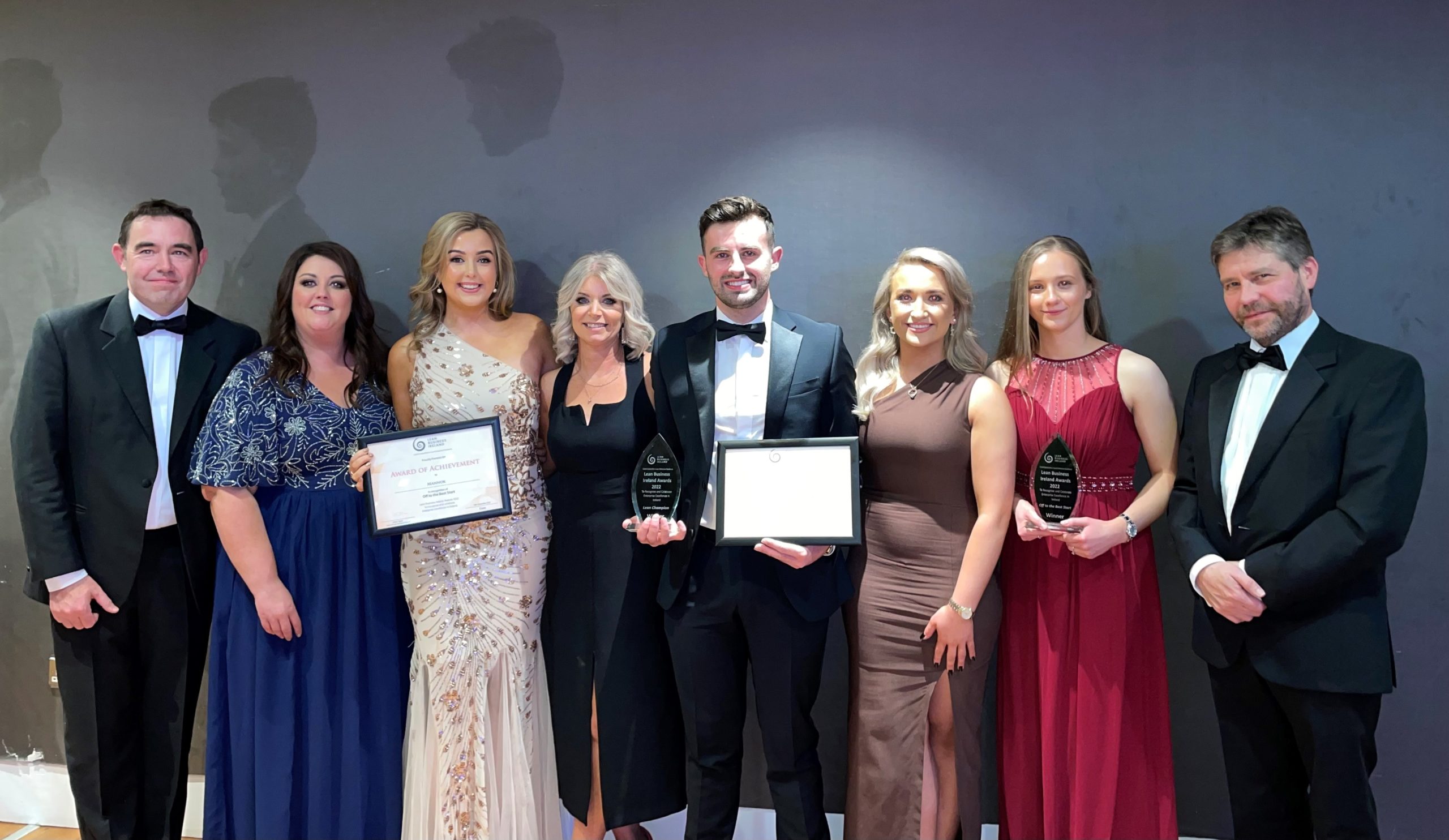 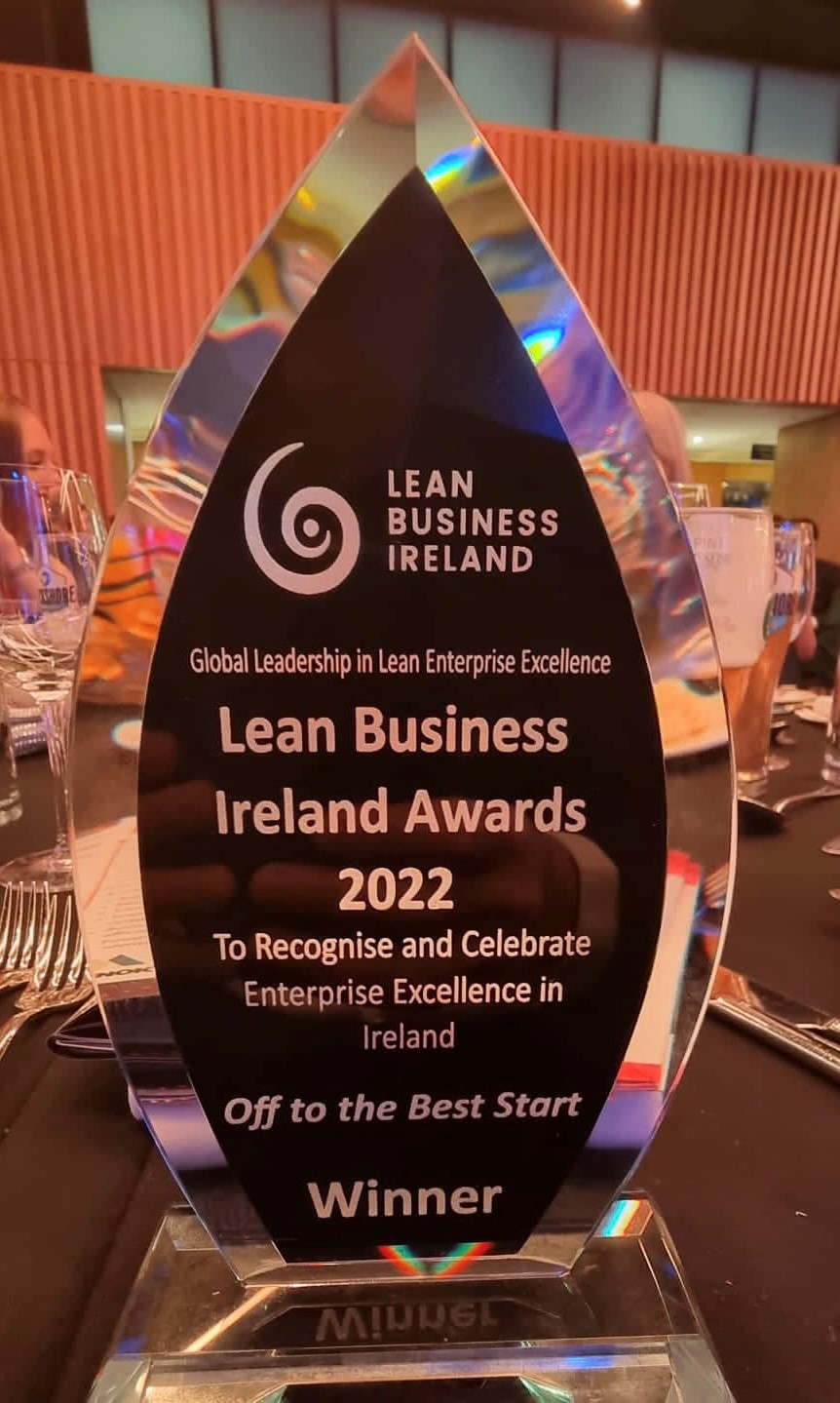 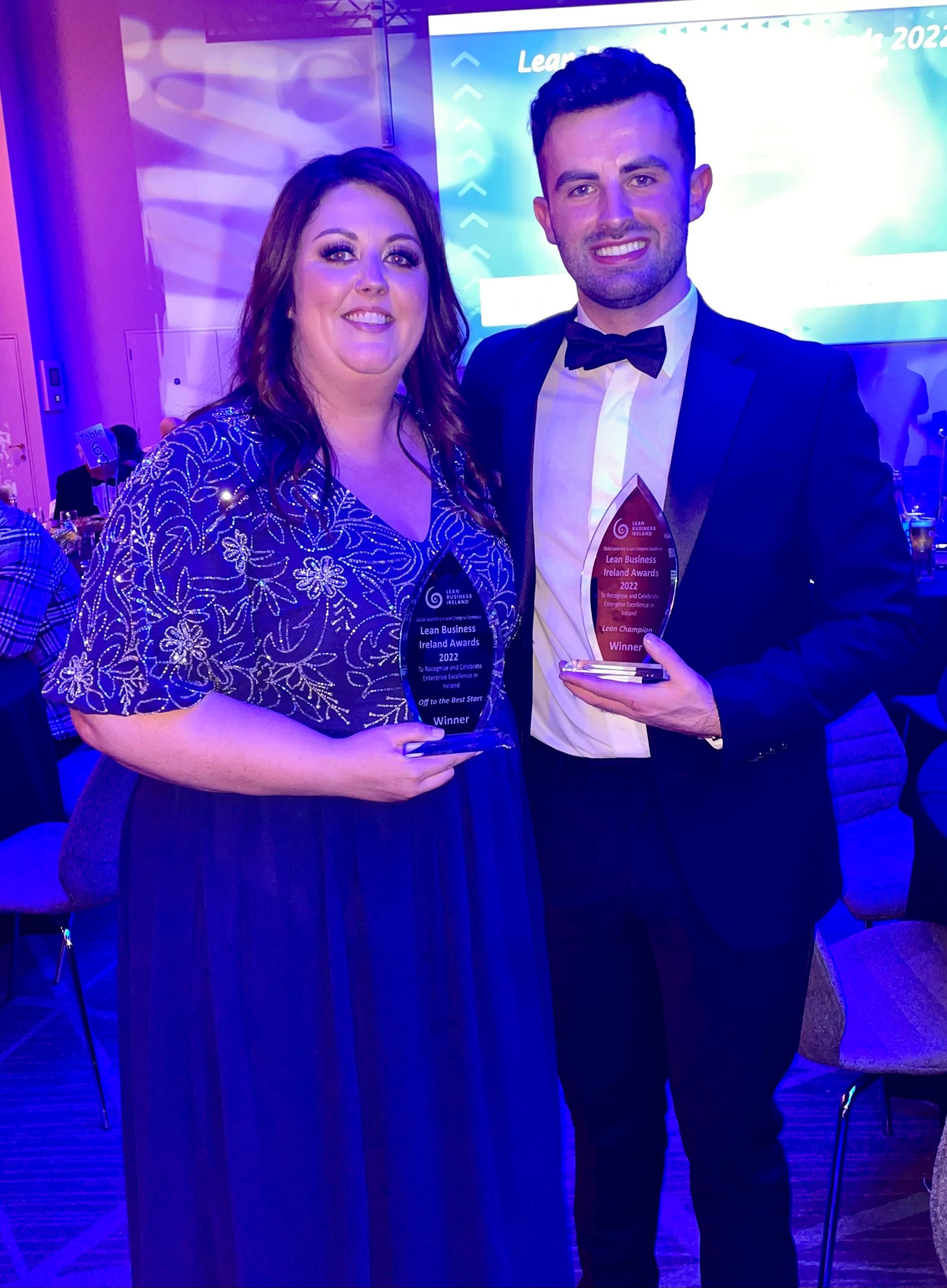 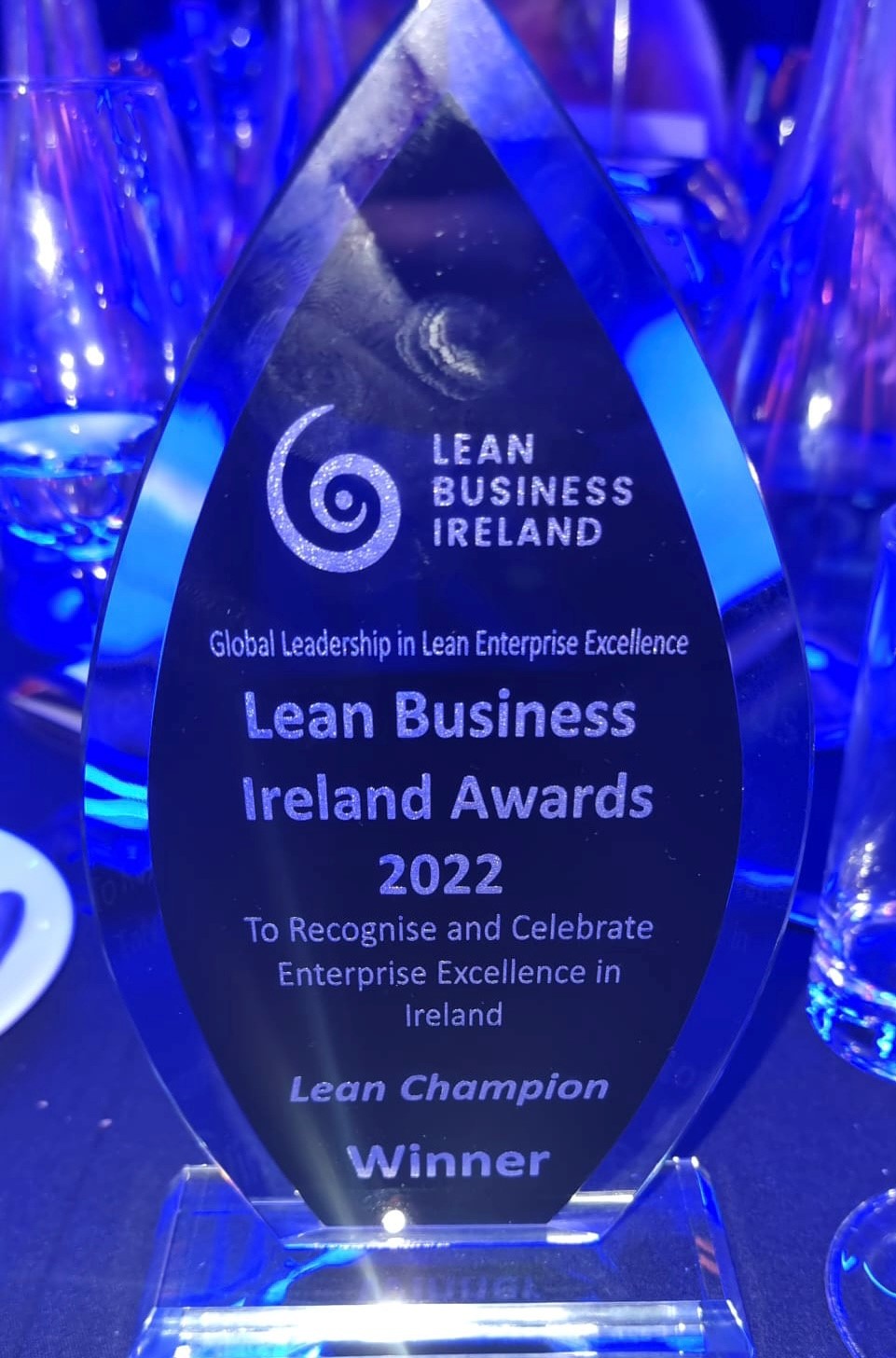 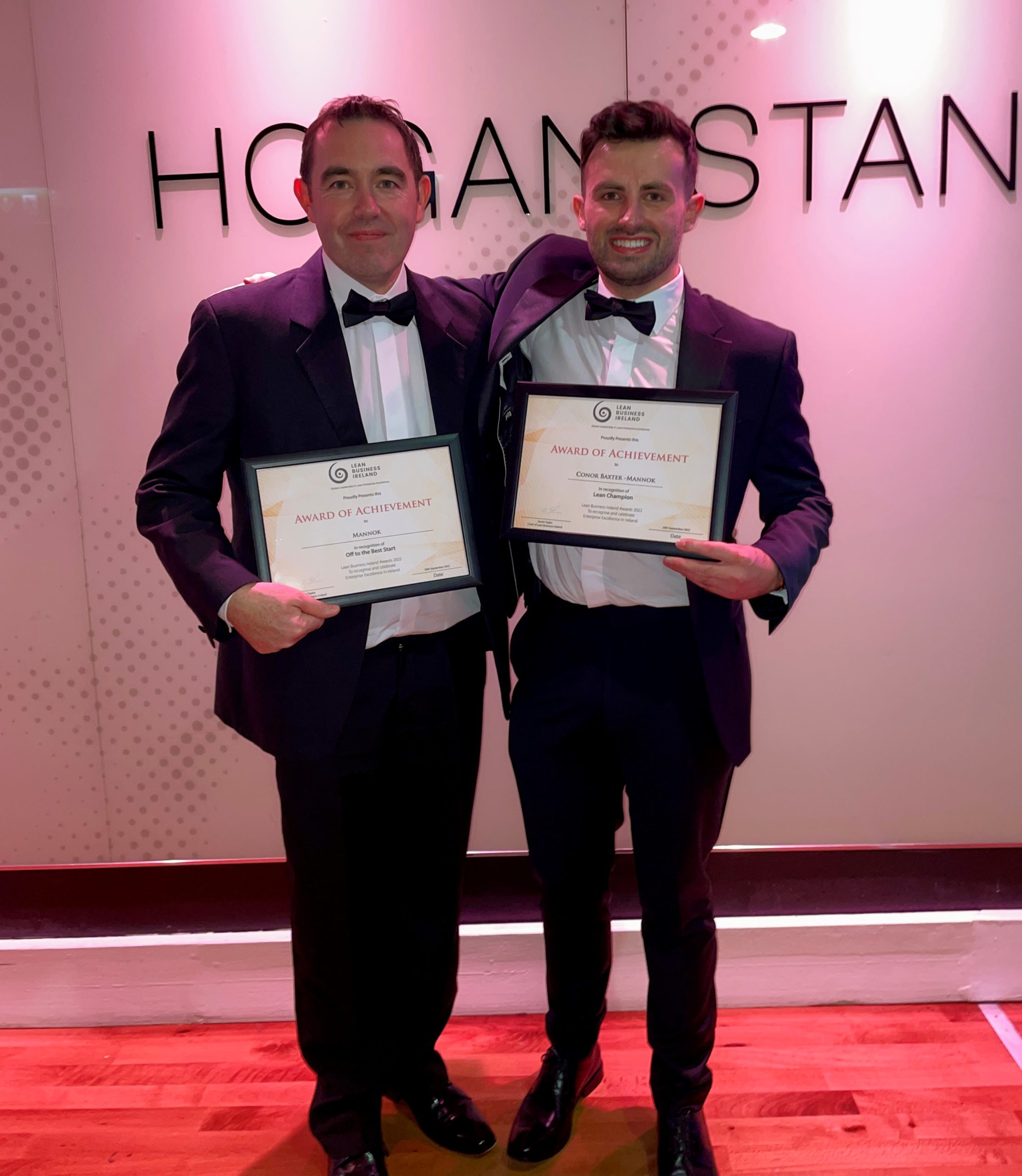 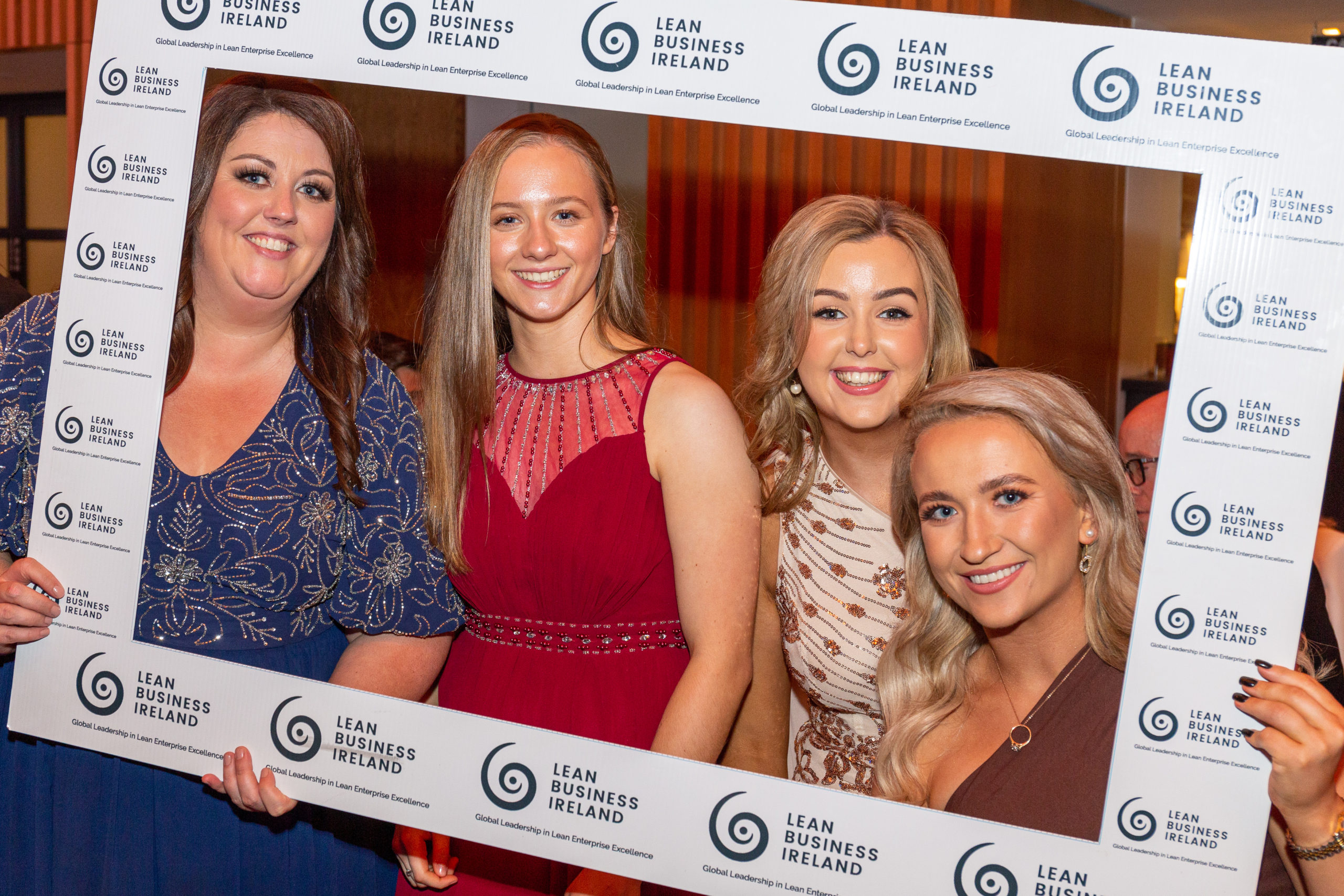