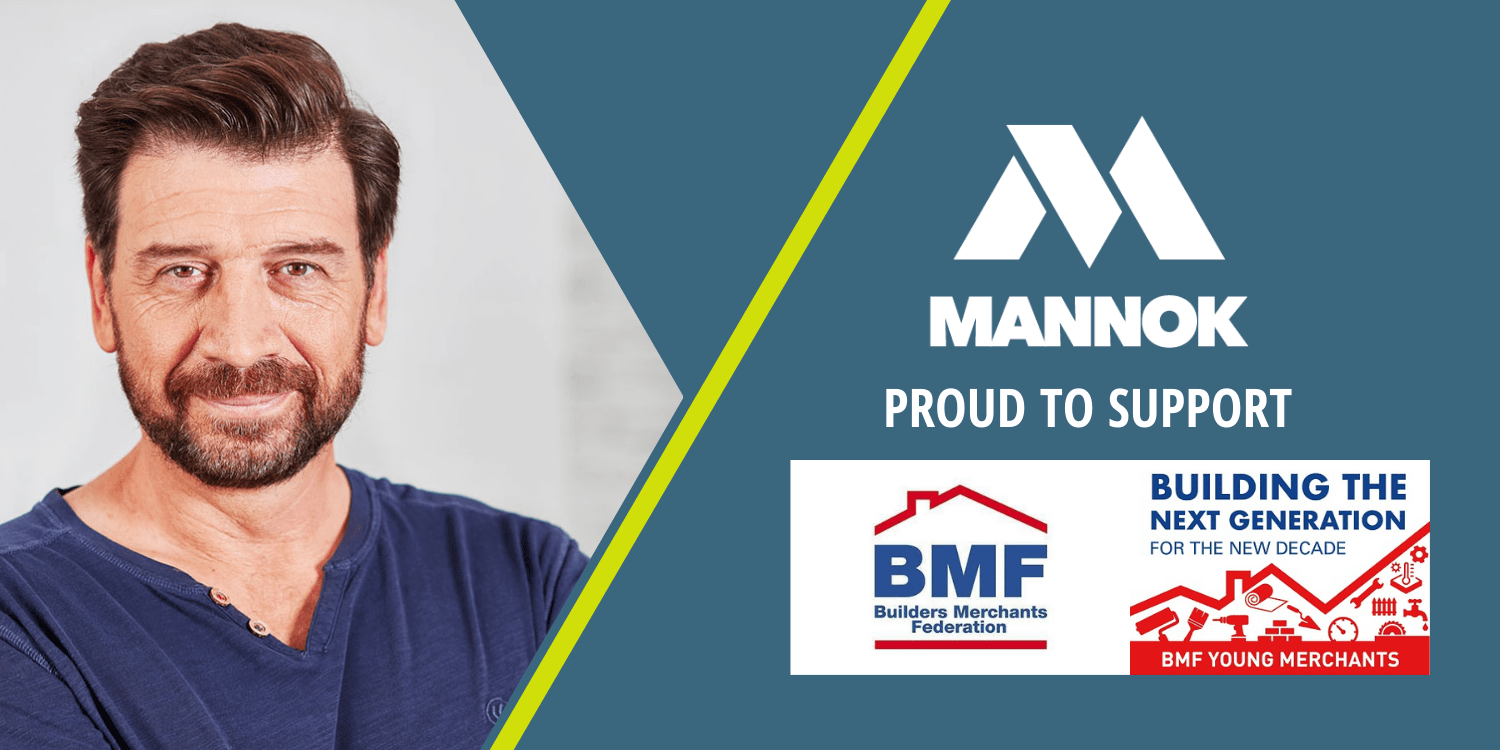 Mannok have announced a sponsorship deal for this year’s BMF Young Merchant Conference, which will run alongside UK Construction Week in October. Mannok will sponsor the Keynote Speaker for the conference, TV’s Nick Knowles, who will speak at the event to be held in the NEC in Birmingham. The high profile The DIY SOS: The Big Build presenter is a fitting addition to the event, as outlined in BMF’s conference programme:

“As the presenter of the UK’s best loved property transformation programme, Nick has become the face of construction on TV. The show not only transforms lives, it celebrates the spirit and professionalism of the building community – including many local trades and the Merchants and building material Suppliers, who regularly offer support.”

Mannok’s GB Sales Director, Lee Gillman, explained why the company have chosen to invest in the sponsorship, saying,

“We’ve committed to increasing our support of the Merchant industry this year, particularly in the form of industry events, which have been hit so hard by the pandemic, and supporting the BMF Young Merchant Conference is one of a number of sponsorships we’ve announced.

It’s very important that we all play our part in building a sustainable future for our industry, and that involves supporting and nurturing the young talent that will ensure its long-term success. It’s an area of significant focus for us and we’re heavily involved in a range of initiatives, including various educational partnerships and sponsorships, so the BMF Young Merchant Conference fits very well with these activities.

It’s great to see the conference returning this year with a high profile celebrity in the form of Nick Knowles adding weight to the importance of such youth focused initiatives. We’re very much looking forward to the day and hearing Nick’s Keynote Address. We’re very proud to support the event, the BMF and all involved.”

The Conference, focused on “Building the next generation”, is set to be a star-studded affair with another famous face, TV Presenter David Domoney, announced as the event host. The well-known garden designer of ITV’s Love Your Garden will also be familiar to viewers of This Morning and Carol Vorderman’s Better Homes.

The Conference is being held in connection with UK Construction Week and will include a visit to The Build Show, where delegates can also meet the Mannok team on their stand at the event.