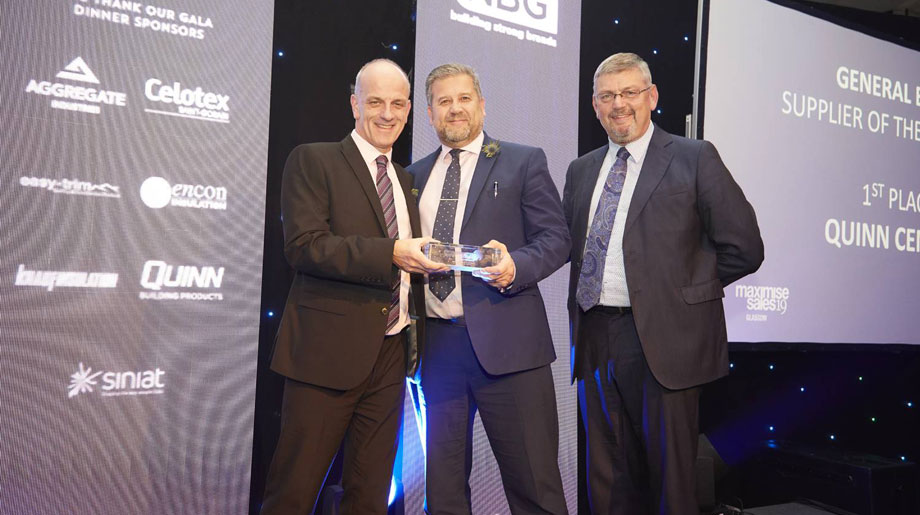 Perhaps the most anticipated award of the evening was the overall Brand of the Year 2019, which is the only award open to all NBG suppliers and is voted for by the Group’s members. It was the final award of the night and Quinn Building Products were announced as the winner.

Quinn were also named Brick and Block Supplier of the Year and Quinn Cement won General Build Supplier of the Year, completing the hat trick of award wins. A second-place finish in the Roofing and Insulation Supplier category added to an already hugely successful night for the Quinn team. 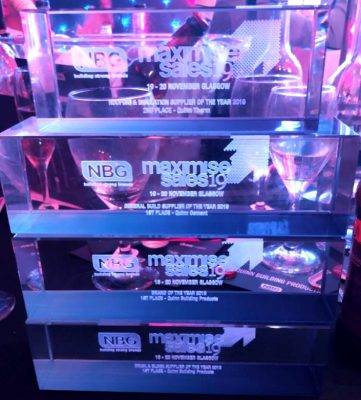 NBG’s Supplier Awards were announced at the Group’s Gala Dinner on 20th November, which was the final event of their annual two-day conference. Awards were presented to individuals, brands and businesses to reward achievement and showcase outstanding service.

“We’re delighted to receive three awards and a runners up place at the NBG Awards this year, and in particular, the Brand of the Year Award. This is a fantastic achievement for us and testament to the sterling work from our team in developing a uniquely successful partnership with NBG and their members.

Merchants are the backbone of our GB business, and we’re committed to delivering excellence in all aspects of our service and products to our merchant customers. We’ve been working particularly hard on supporting our NBG customers, delivering new products, support services, materials and digital innovation to give them the competitive edge, so to have these efforts acknowledged by NBG and their members with these awards confirms the value we’ve added.”