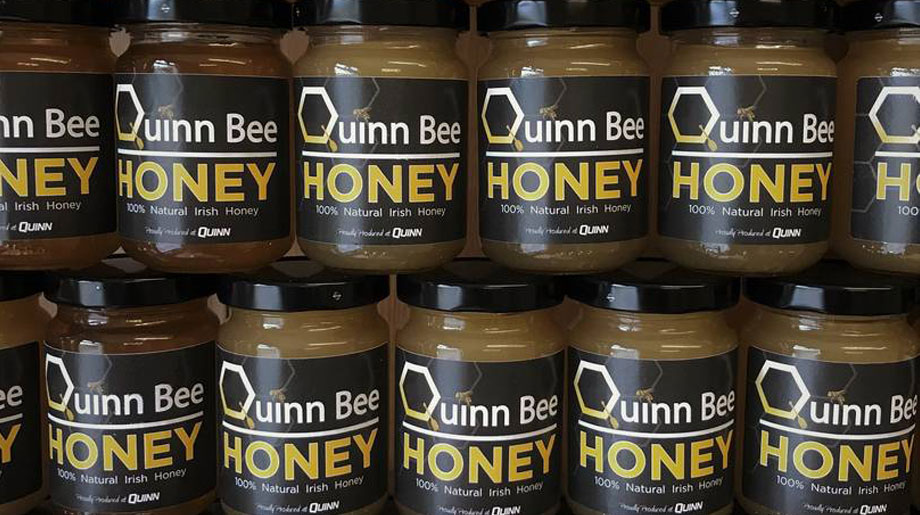 Quinn Industrial Holdings staff from all areas of the company joined in the World’s Biggest Coffee Morning this year and raised a total of over €4,000 for two cancer charities, MacMillan and the Irish Cancer Society.

The company spreads across the border between the Republic of Ireland Ireland and Northern Ireland, so the money raised south of the border, almost €2,000, will go to the Irish Cancer Society and the total raised north of the border, over £2,000, will be donated to McMillan.

All of the company’s 830 employees were invited to join the coffee morning, with stations set up on each one of the Quinn sites in Fermanagh, Cavan and Longford. The company supplied the tea, coffee and a range of bakery goods to enjoy and staff were also treated to the first taste of “Quinn Bee Honey”.

The honey was harvested from Quinn’s own beehives which have been set up as part of the company’s commitment to the All-Ireland Pollinator Plan in an attempt to increase bee numbers on the island of Ireland. With Quinn’s bee population already at approximately 100,000 bees, the first hive established in March had produced enough honey to fill 35 jars for staff to enjoy.

“It was fitting that the honey produced by the bees this year was available for all staff to enjoy, and the charity coffee morning was the perfect opportunity.

Hundreds of staff members participated in the coffee morning and contributed treats, many of which they had baked themselves, so it was a very enjoyable and inclusive event.

We’re delighted with the total we’ve raised for the two charities and we hope that it will benefit patients and their families in some way.” 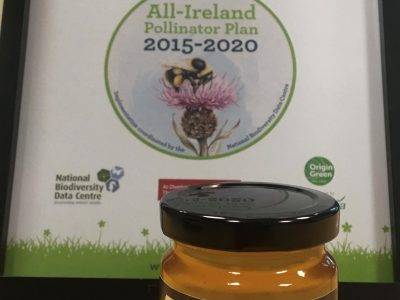 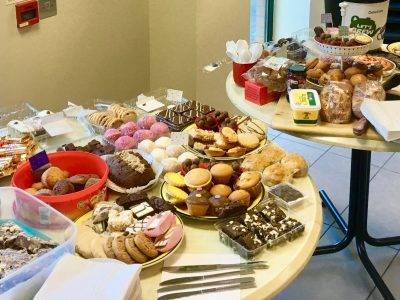 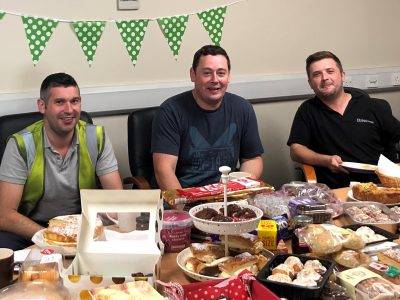 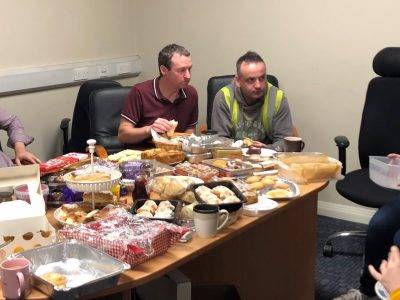 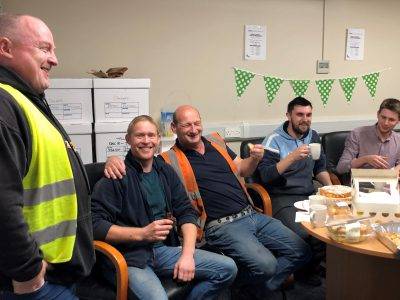 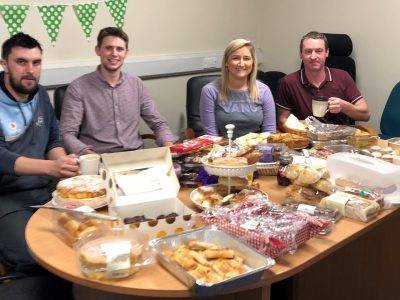 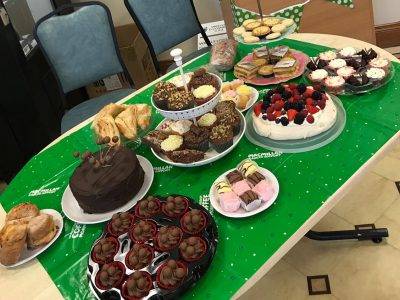 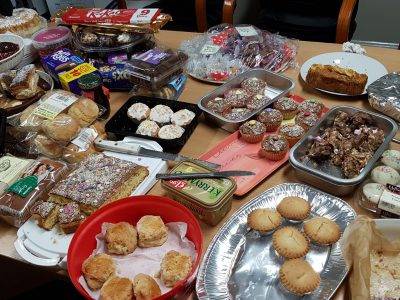 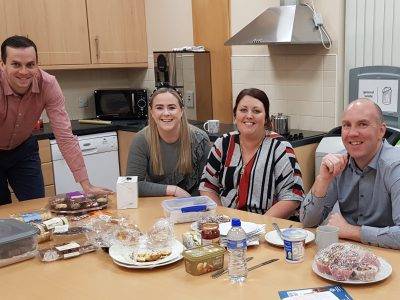 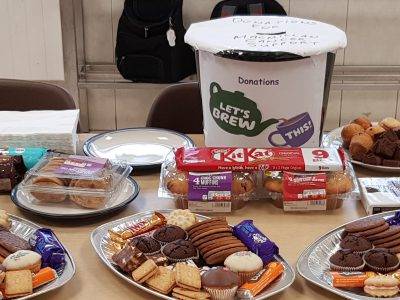 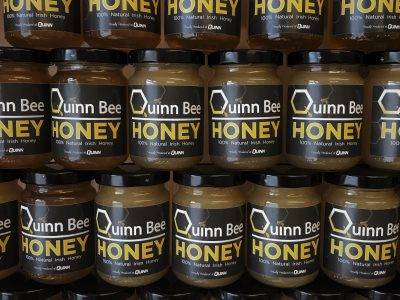 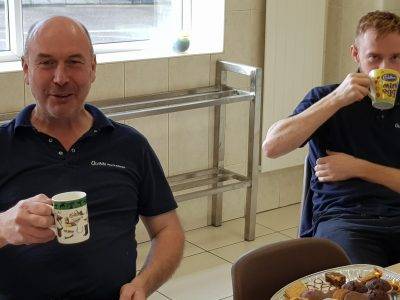 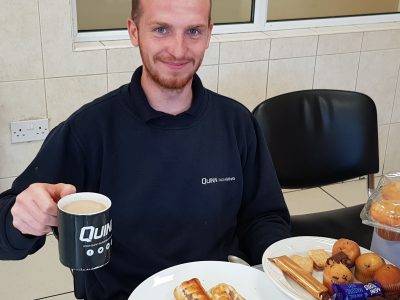 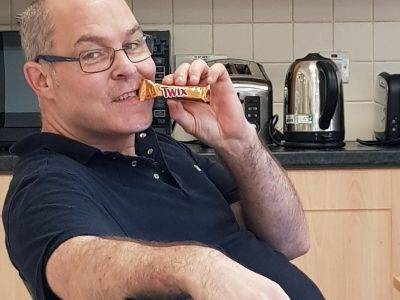 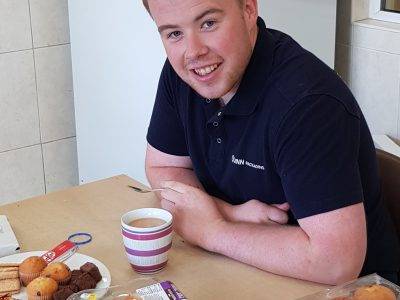 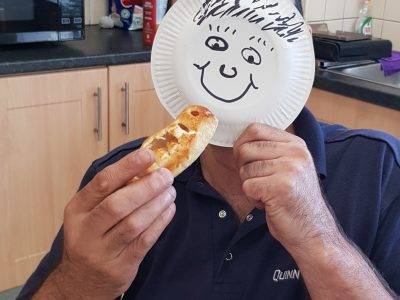 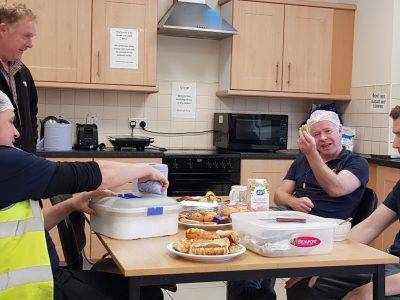 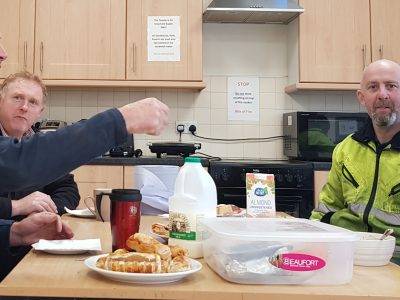