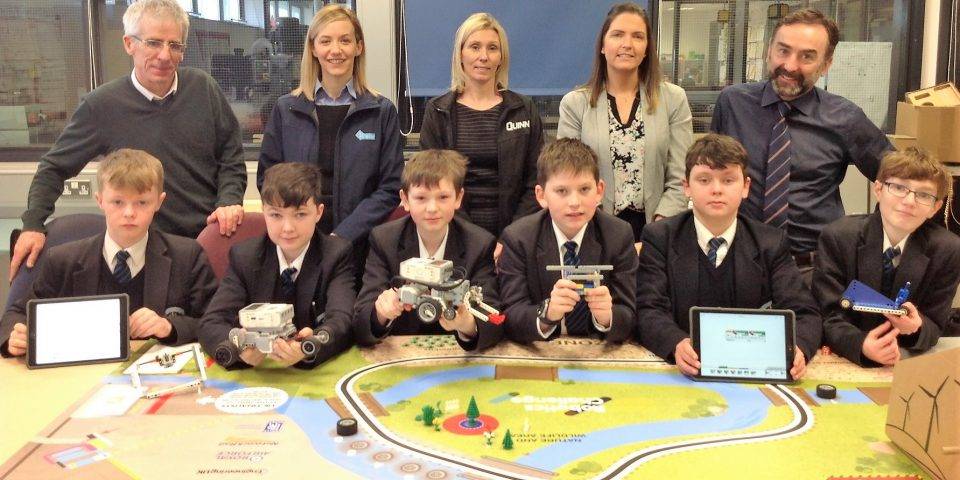 Quinn Industrial Holdings has continued its sponsorship of St. Michael’s Robotics Programme this year and the College’s students are again enjoying notable success in prestigious robotics competitions. Having recently won the Northern Ireland First Lego League, the teams went on to win the NI heat of Tomorrow’s Engineers EEP Robotics Challenge and will now compete in the National Finals of the EEP Robotics Challenge that will be held in Birmingham later this year.

“In todays’ world, where there is an emphasis on STEM subjects in providing pupils with the skills needed in the modern workplace, it is great to see a school that gives pupils opportunities like this. We are delighted to be involved with this initiative. We wish the students the very best of luck and continued success in the competition.”

“Congratulations to the boys on this fantastic achievement. It is a testament to the dedication of the boys and the staff, namely, Mr McDonagh and Mrs Donnelly. The SME Robotics has thrived in the last few years and has enjoyed much success. I would like to thank our sponsors for helping us to provide these opportunities for the boys.”

The school also acknowledged Quinn and fellow sponsors, Elite Electronics’, role in the continued growth and achievements of the Programme in the four years since it was established, with students from the club going on to gain engineering awards through the Arkwright Foundation.

The Robotics Club now hope to secure a podium place in this year’s EEP Robotics Challenge, a prestigious competition which is sponsored and endorsed by the Institute of Electrical Engineers. The teams have a number of challenges to overcome by programming the robots to accomplish tasks or use remote controls to manipulate the robots to meet the challenge. 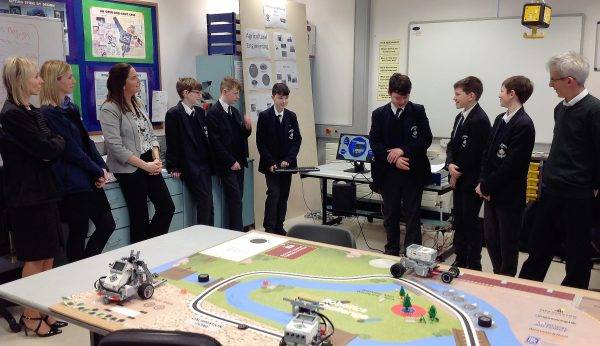 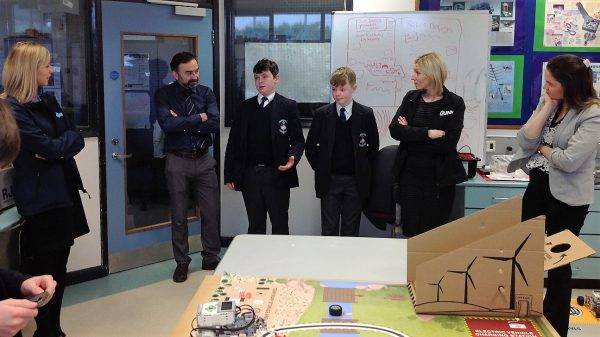 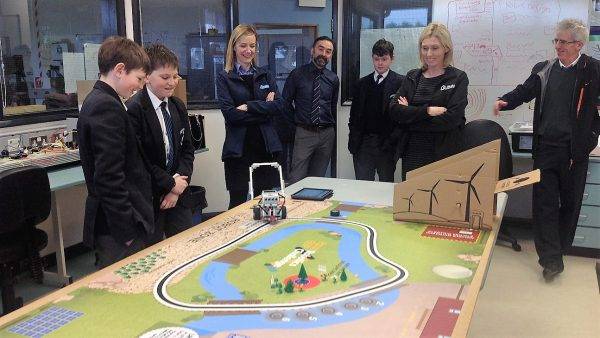