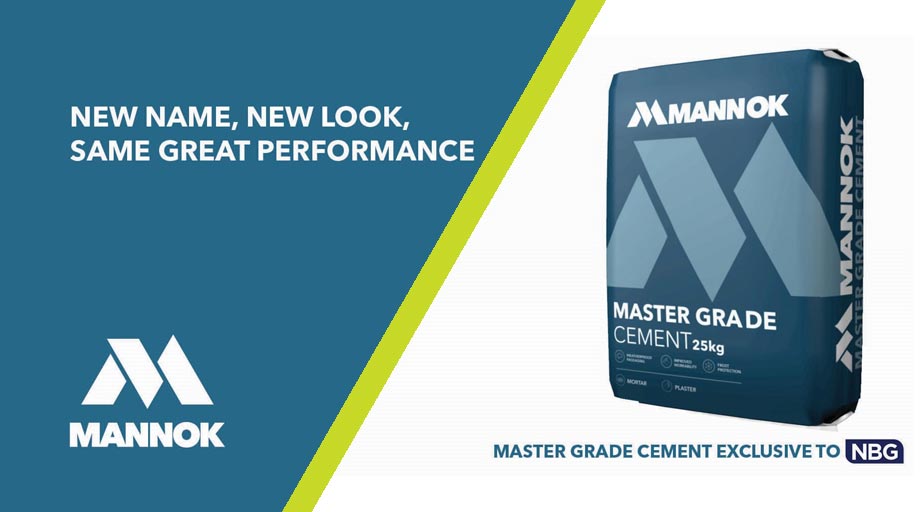 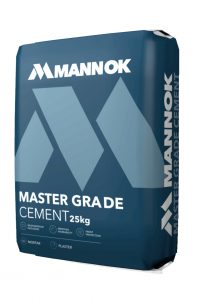 Hot on the heals of Quinn Building Products’ announcement that they are to rebrand to Mannok in the coming weeks, comes a signal of the company’s commitment to the long term relationship with GB Merchants and key buying groups with the extension of an exclusivity deal with National Buying Group (NBG).

The deal will give NBG’s Merchants exclusive access in the GB market to the company’s Master Grade Cement until the end of 2024, extending the current partnership by three years. The exclusivity deal with NBG was first agreed in 2018 when Master Grade cement was first launched to market, and was initially extended in 2019 to run until the end of next year. With a further three year deal now agreed for a time when the cement will be sold under the new Mannok brand, comes a strengthening of the company’s relationship with NBG and their Merchants.

“Today’s announcement is a very clear signal of our intentions going forward under the Mannok name. We will bring with us everything we do best, which means we will continue to offer quality products and service to our customers, and demonstrate real commitment to the Merchants who are key to our company’s success, through strong working partnerships with bodies such as NBG. We’re delighted to make this commitment with NBG, who have played a key part in the increased sales of cement we have experienced since launching our extended cement range in 2018. It’s been a fruitful partnership for all involved, and one which we’re very happy to continue for a further three years.”

“This is positive news for our members, who have been very happy with the exclusivity deal to date, and will welcome a further three year extension. They’re very happy with the Master Grade Cement product, which has proven to be very popular with customers, and also with the service offering from the Quinn team. It’s an exciting time for Quinn as they rebrand to Mannok, and we’re delighted to support the move and to be part of the journey. We’re confident we will see more of the same energy and innovation, and look forward to a continuing successful partnership.”

Master Grade Cement has proven to be a favourite among builders and plasterers since it was launched in 2018, largely down to the workable texture and cohesive mix which makes it much easier to work with. The product is part of Quinn’s bagged cement range, which also includes their high strength Premium Grade cement, which boasts exceptional 42,5N strength, and their versatile General Purpose Cement, for use in any application.

Quinn’s drive to provide innovative, value adding solutions to their Merchant customers helped them pick up three awards at the NBG Awards 2019, including the coveted overall Brand of the Year Award. Quinn were also named Brick and Block Supplier of the Year and Quinn Cement won General Build Supplier of the Year, with a second-place finish in the Roofing and Insulation Supplier category.