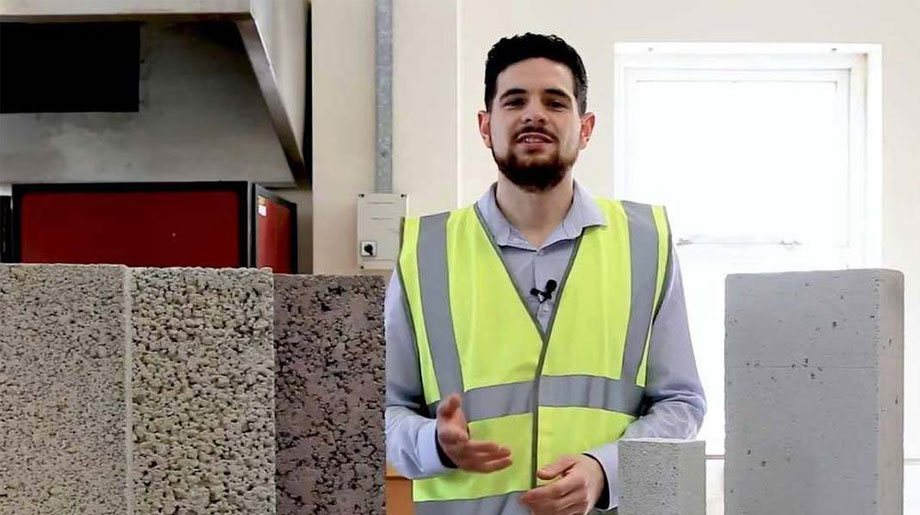 Substituting thermal blocks on site: Is there a risk to Part L compliance?

We’re aware of a perception in the Irish market that thermal blocks are all much the same, and there is a belief that if a particular thermal block is specified on a plan, it’s perfectly fine to use another thermal block in its place. It’s a practice that we know is happening on sites across Ireland, and one which can cause problems when it comes to the building’s performance, and even its compliance with regulations.

The fact is that thermal blocks are not all the same. They are in fact very different, and in our latest video, we show why the most common thermal blocks in Ireland are so different.

Images 1 and 2 show the different blocks, and there is a clear difference in appearance, which makes each type of block distinctive and easily recognisable. There are a few varieties of lightweight aggregate blocks (image 1), some of which will be familiar to those in Irish construction, but they all have similar properties. Looking at the Quinn Lite thermal block (image 2), it is distinctive in its smoother surface, and the tiny air pockets shown in image 3, which are a very important feature.

But it’s the difference in performance which the Irish construction industry really needs to be aware of.

There is another alternative thermal block, the cellular glass insulation block, which can be imported, but it has a maximum compressive strength of 2.9N/mm2., so this does not comply with the strength requirements set out in TGD A (Technical Guidance Document A) of the building regulations, which require a minimum compressive strength of 7.5N/mm2. So, unless you employ the services of a structural engineer to prove adequacy of a specific project, which is costly and time consuming, these blocks cannot be used.

Both the lightweight aggregate blocks and the Quinn Lite thermal blocks meet the strength requirements set out in TGD A, as they’re both 7.5N/mm2 blocks.

As they’re both the same strength, some people have made the assumption that one can be substituted for the other on site, but the make up of the blocks, and the manufacturing process are very different, which results in very different thermal properties.

The Quinn Lite block has vastly superior thermal performance, achieving Psi values up to 200% better than the lightweight aggregate block, so if Quinn Lite is specified on a plan, it should not be substituted for a block of inferior performance.

Substitution on site could lead to non-compliance with regulations given the substantial difference in performance, and with new nZEB regulations coming into effect, this is an even greater consideration, and an issue which Architects, Assessors and indeed all construction professionals must be aware of.

So why is there such a vast difference in performance?

In reality, these are completely different products, made from different materials, and with a very different manufacturing process.

Lightweight aggregate blocks are manufactured in a similar way to standard dense concrete blocks, combining aggregates, cement and water to form a concrete mix which is poured into moulds and cured.

It’s the inclusion of lightweight aggregates, such as pumice, expanded clay or lytag in place of a dense aggregate, such as limestone, in the concrete mix which differentiates this from a standard concrete block.

The manufacture of Quinn Lite thermal blocks on the other hand is a much more complex process, and uses different raw materials to those used in dense or lightweight aggregate blocks.

The Quinn Lite block consists of 80% recycled materials: a blend of thickened sand, silt, pulverized fly ash (PFA), lime, cement, and aluminium, most of which are sourced locally.

The manufacturing process for the Quinn Lite thermal block is vastly different, as shown in the video. Here is a summary of the process used to manufacture Quinn Lite blocks:

The sand circulates in the thickener until it achieves the correct density. It is then mixed with silt, water, and recycled material from previous batches. The dry ingredients: fly ash, cement and lime are then added and mixed for approximately 90 seconds.

Powdered aluminium is combined with water to create a raising agent, which is added to the mixture at the end of the mixing process, and mixing continues for around 30 seconds. The precise quantities of each ingredient required is dependent on which Quinn Lite block is being manufactured, as each ingredient adds unique properties to the finished block.

What we now call the cake mixture is poured into large, oiled moulds and transferred to a pre-curing chamber, where it remains for a period of 2-2.5 hours at an ambient temperature of 32 degrees Celsius.

After curing, the cake is tested to ensure correct consistency, then tilted and removed from the mould.

The cake is shaved to the correct thickness and individual blocks are cut using piano wires, before imprinting with identification data to ensure full traceability. The leftover shavings are recycled and used in another mix to minimize waste.

During the autoclaving process, the blocks will achieve their full design strength. This differs for dense or lightweight aggregate blocks, which typically achieve full strength after 28 days.

Blocks are then separated and packaged. Samples from every batch produced are tested for quality control, with multiple tests carried out over a 48-hour period to ensure strength and thermal properties meet their specific requirements.

So, we can see from the appearance, the make-up, and the manufacturing process that the two thermal blocks which are common in Ireland are very different. And given the variance in thermal performance, we know that the superior performing Quinn Lite block should not be substituted for a lesser performing alternative on site.