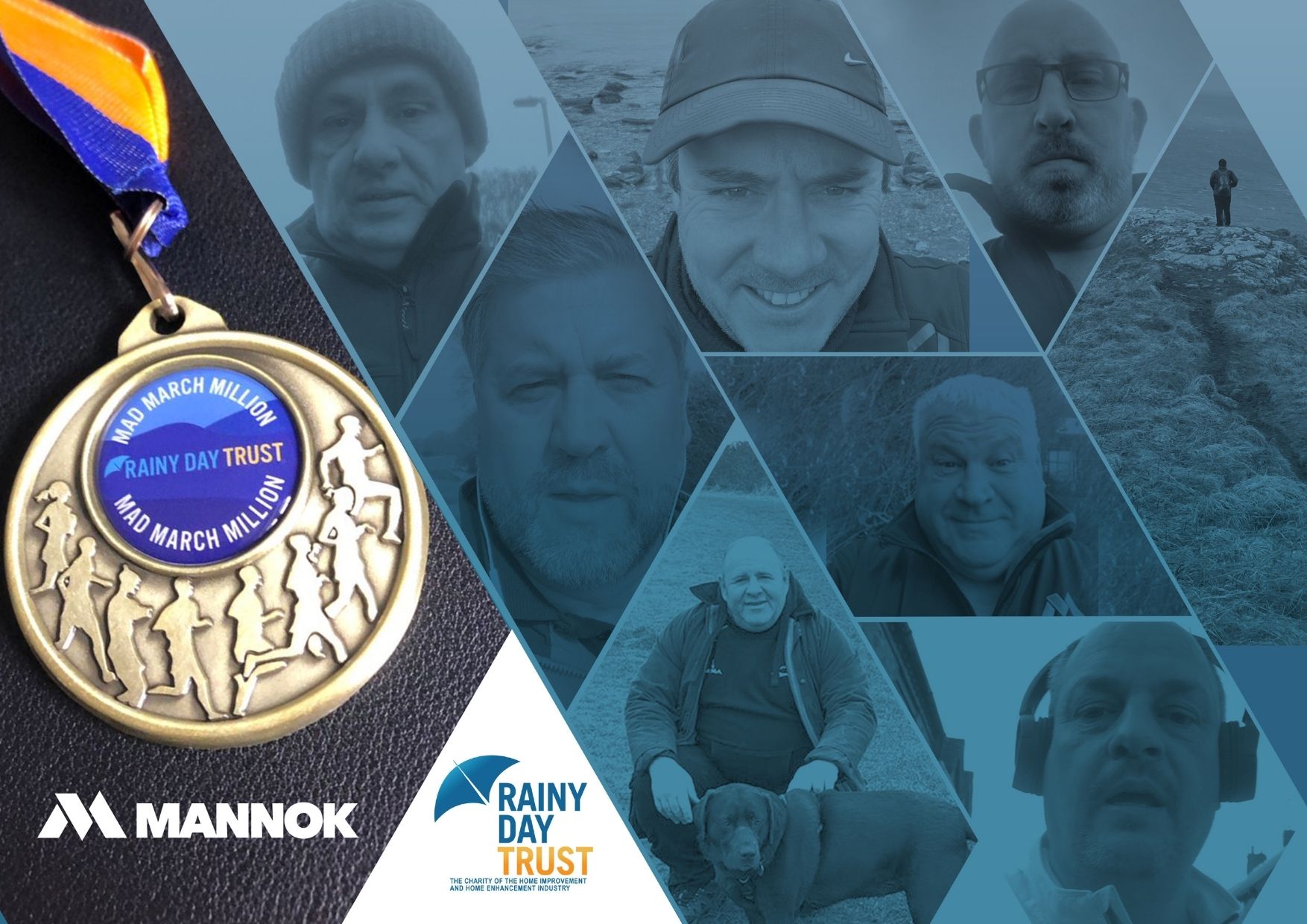 Mannok’s GB Sales Team have helped smash the 1 million steps target in Rainy Day Trust’s #MadMarchMillion challenge and were the top fundraising team, collecting thousands for the charity in the process. The eleven strong Mannok Team managed to clock up an impressive 3 million steps in the fundraising challenge, which saw teams across the UK step out from behind their laptops every day in March and collectively achieve a total of over 17 million steps.

The initiative raised over £6,000 for Rainy Day Trust, a charity focused on supporting those who have worked in the manufacture, wholesale, retail & distribution of builders’ merchants, DIY, hardware, potteries and glass, housewares and garden centers. With the Mannok team collecting over £4,000 in their fundraising drive, they were undoubtedly the stand-out fundraisers of the challenge, which also included teams from Calor Gas, Progressive Housewares, Housewares Live, Rainy Day Trust and National Buying Group.

Champagne corks were popping thanks to an anonymous donor, who committed to giving a bottle of champagne for every £1,000 raised by each team during the challenge, and every participant will receive a commemorative medal in recognition of their efforts.

“This is an incredible effort by Team Mannok and we’re delighted to contribute this significant amount to Rainy Day Trust, who do great work in supporting those from within our own industry who need it.

This initiative has been about more than the fundraising for us, with every team member feeling the benefit of daily exercise and fresh air, which has been an important part of our efforts to promote good physical and mental health during a challenging lockdown period for many. Our guys have shown again that they’re a hard working bunch and we’re very proud of the team effort. Particular congratulations to team member Tom Kilburn who out-stepped us all with a fantastic 360k steps during the challenge!”

The Mad March Million challenge became an extension of the Mannok team’s “work from home, walk from home” initiative, which has seen a commitment by each team member to get out walking on a regular basis over recent months. The positive impact on individuals’ health and well-being has been significant, and has even prompted some of the team to push themselves further by committing to completing a half marathon in the near future.